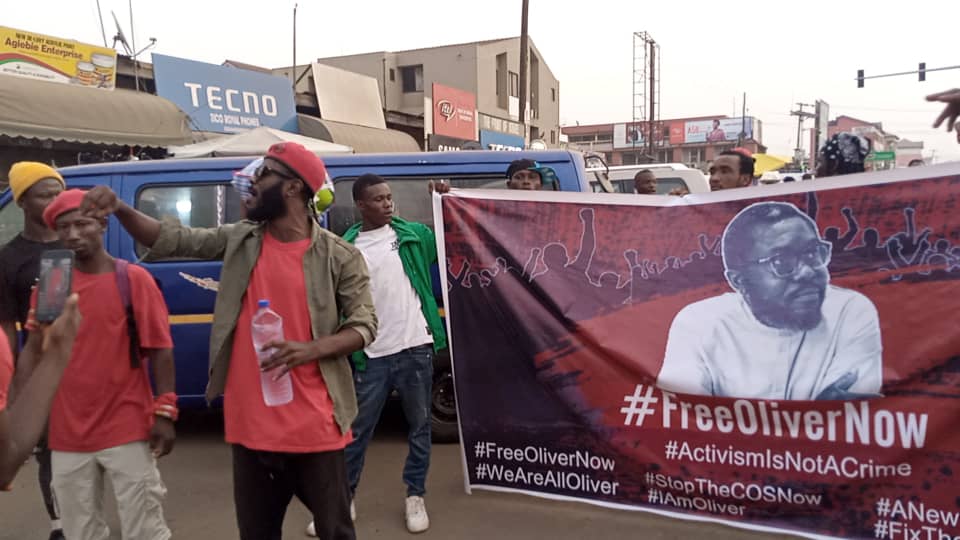 Some members of the #FixTheCountry movement Monday morning gathered around the Ashaiman Police Station in solidarity with their detained colleague, Mr Oliver Mawuse Barker-Vormawor.

Mr Barker-Vormawor was arrested last Friday at the Kotoka International following his arrival from London and was subsequently detained by the Tema Regional Police Command in connection with a post he allegedly made on Facebook.

He said to have alleged that he will stage a coup if the E-levy currently under consideration in Parliament is passed into law.

He has been arraigned at the Ashaiman District Court, Monday morning.

Graphic Online’s Benjamin Xornam Glover reports that the group, holding a banner with the inscriptions #FreeOliverNow #WeAreAllOliver #ActivismIsNotCrime #StopTheCOSNow #IAmOliver, and clad in red and black, started gathering close to the Police Station at about 5:30am.

They are demanding the release of their colleague who has been in police custody since Friday.

The Ashaiman Police have consequently mounted a barricade in front of the police station to ward off any action by the group. 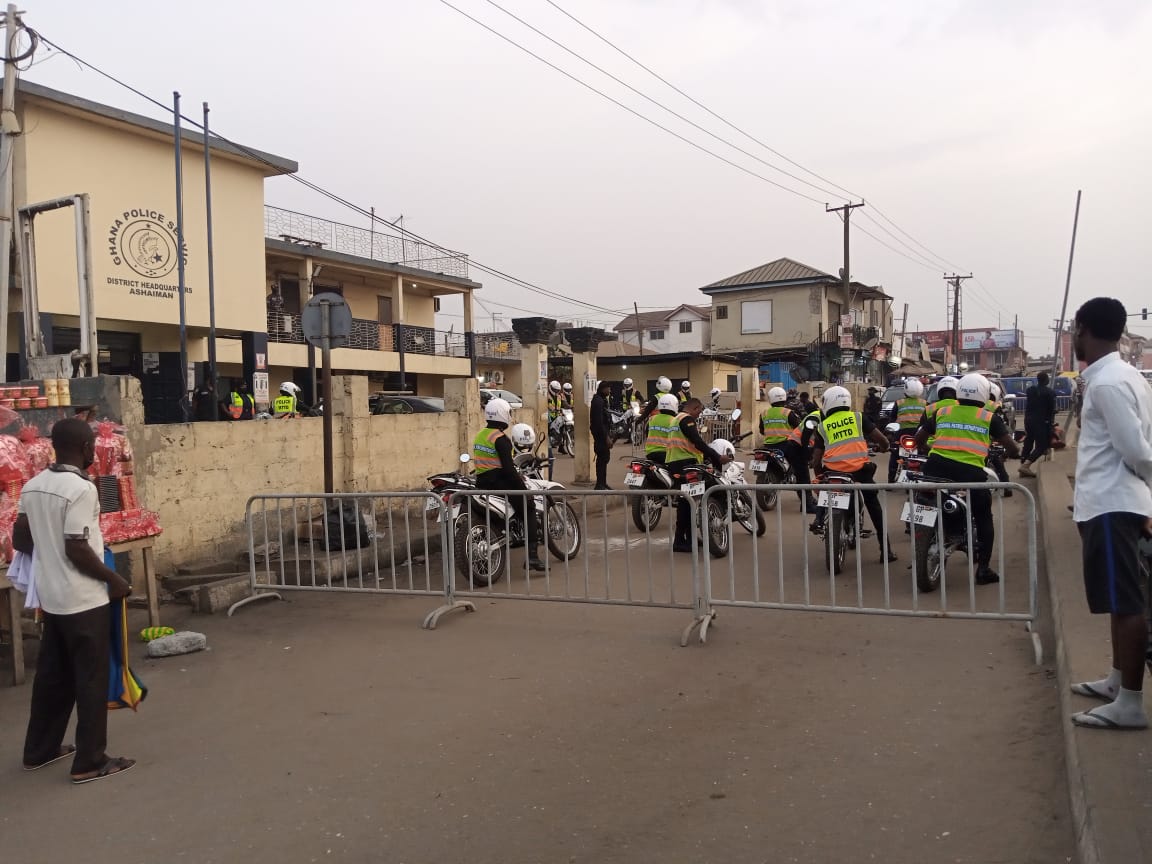 Oliver Mawuse Barker-Vormawor, a social media activist and one of the convenors of the #FixTheCountry movement was arrested by the police for “threatening a coup.”

A police statement said he was arrested by the Tema Regional Police Command following a post he allegedly made on social media to the effect that he would stage a coup himself if the E-Levy Bill is passed by Parliament.

Oliver Barker-Vormawor in a series of Facebook posts this week described the Ghana Army as "useless".