The youth of Nkoranza Tuesday took to the streets of the town to protest the death of 27-year-old Albert Donkor, a trader.

The youth suspect the police killed Donkor while he was in their custody and want justice.

Wearing red armbands, the youth blocked some streets of the town, burnt used car tyres, as well as besieged the local police station where sources claim they vandalised some vehicles and other property to register their displeasure at the incident.

Police confirm death of trader at Nkoranza, but say he was a robbery suspect

Reinforcement
The police had to call for reinforcement from Techiman, the Bono East regional capital to bring the situation under control.

The youth claimed the police had arrested Donkor on suspicion of being a robbery suspect but were refusing to tell of his whereabouts.

The youth had pointed to rumours that Donkor had been tortured to death in the hands of the police, and demanded answers within 48 hours.

On Tuesday, the police issued a statement confirming Donkor’s death, explaining that he was a suspected armed robber and was shot during an operation against armed robbers. The police said the Police Professional Standards Bureau was investigating his death. 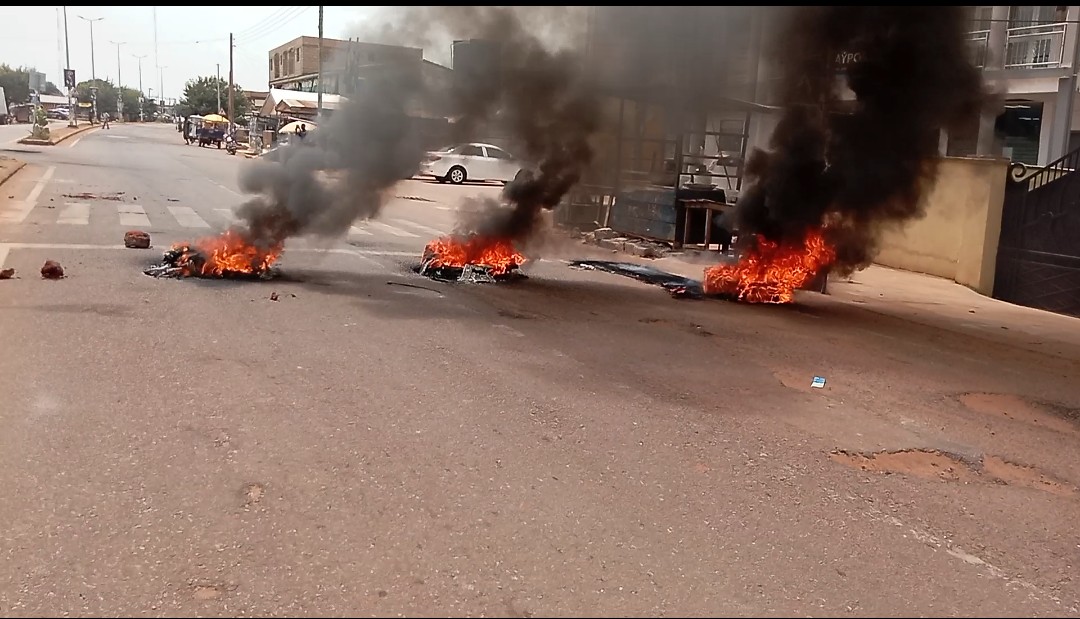 Chief's plea
Meanwhile, the Omanhene of Nkoranza Traditional Area, Nana Kwame Baffoe has called for a quick investigation into the alleged killing of Donkor.

He said investigators had to quickly identify and show to the people of Nkoranza, perpetrators involved in the alleged killing of Donkor.

According to the chief, the people of Nkoranza were living in fear and wanted the police to speed up their probe into the matter.

Nana Baffoe made the call when he addressed the media in Nkoranza on Tuesday.

The Bono East Regional Minister, Kwasi Adu-Gyan later in an encounter with the media called on the youth to remain calm as his outfit was keenly monitoring the issue would ensure that justice was done.