Ambulance staff to get security 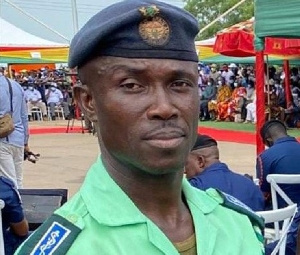 The driver with the National Ambulance Service in the Eastern Region who was shot by some suspected armed robbers in the eye is dead. Abraham Tetteh died at the Korle Bu Teaching Hospital in Accra on February 6, 2021.
30.5k Shares

The National Ambulance Service (NAS) has assured its personnel that the necessary security measures are being put in place to guarantee their safety across the country.

The measures, it said, included getting police escorts for ambulances providing emergency services in the night across the country.

“(Operating) during the day is not as risky as during the night, so we have appealed to the sector minister to take it up with the Minister of the Interior so that they can engage the Inspector General of Police to see the security that they can provide, especially for the night emergencies,” the Chief Executive Officer of the NAS, Professor Ahmed Zakaria, told the Daily Graphic last Wednesday.

He urged the emergency medical technicians/paramedics not to despair since everything was being done to address their security concerns.

“We are making sure that the necessary security measures are in place to guarantee their safety,” he said.

Prof. Zakaria was responding to concerns about an armed robbery attack on an ambulance on emergency duties at Abebease in the Eastern Region on Friday, February 5, 2021.

During the highway attack, the robbers shot the Senior Emergency Medical Technician, Mr Abraham Tetteh, in the eye and left him unconscious, and extorted money from the occupants on board.

They (staff) were transferring a woman in labour and her relative from the Akuse Government Hospital to the Koforidua Regional Hospital when the incident occurred at about 1:30 a.m.

Tetteh, who was the Yilo Krobo Municipal Officer in charge of the NAS, was later transferred to the Intensive Care Unit of the Korle Bu Teaching Hospital on life support, but passed away at 4:15 a.m. on Saturday, February 6, 2021.

Prof. Zakaria noted that the incident was shocking and devastating although there had been isolated cases of attack and personnel being robbed of their mobile phones, money and other personal effects.