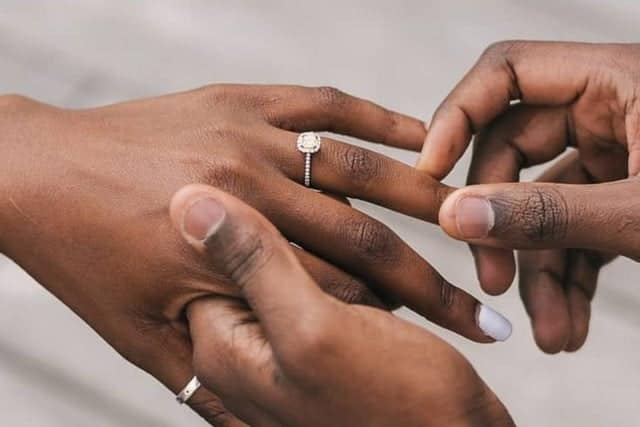 Four out of five (80.8%) married persons in Ghana have not registered their marriages, the 2021 Population and Housing Census has found.

The census data which captured the registration status of marriages of persons aged 15 years and older also found that the proportions of unregistered marriages range from 59.9 per cent in the Greater Accra Region to 97.1 per cent in the Northern Region. 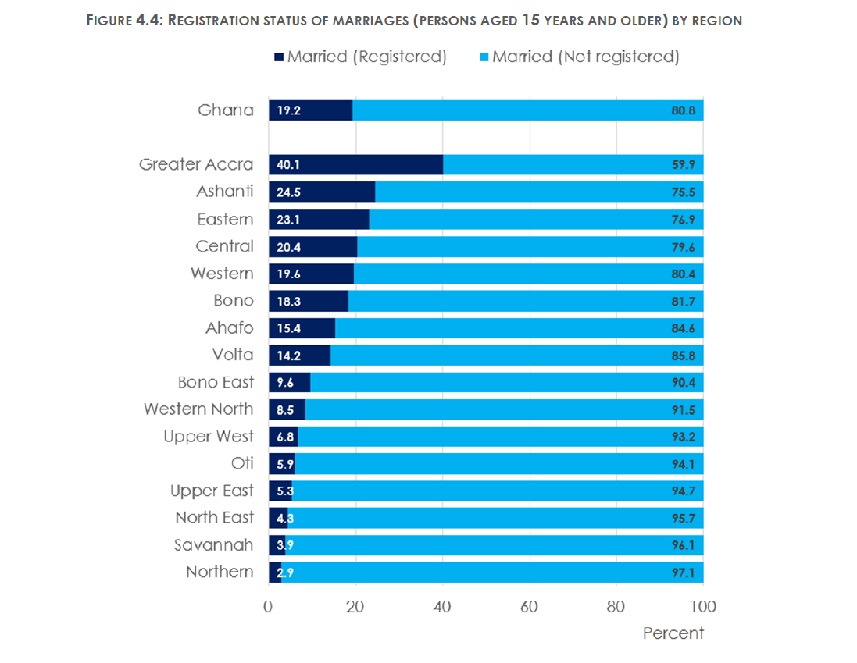 In the Ashanti Region, 75.5 per cent of marriages are not registered followed by the Eastern, Central and Western Regions with 76.9percent, 79.6 per cent and 80.4 per cent respectively.

The census data also found that the highest rates of unregistered marriages are found in the northern part of the country with the Northern, Savannah and North East regions recording 97.1 per cent, 96.1 per cent and 95.7percent respectively.

Additionally, more married persons in urban areas (27.3%) compared to those in rural areas (9.3%) have registered their marriage. 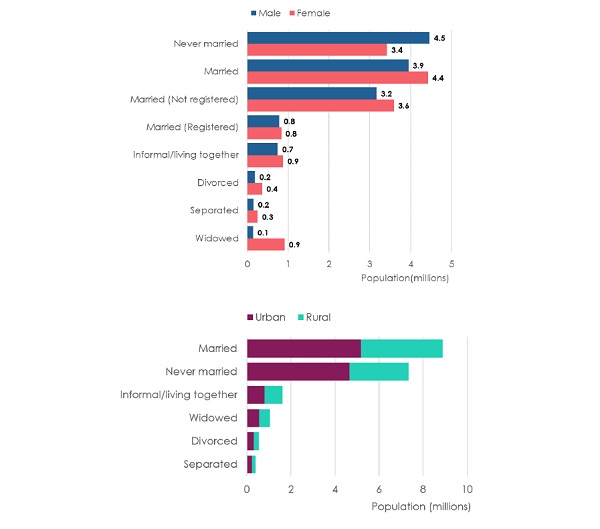 The data indicates that substantially more women than men are separated, divorced or widowed in both rural and urban areas. 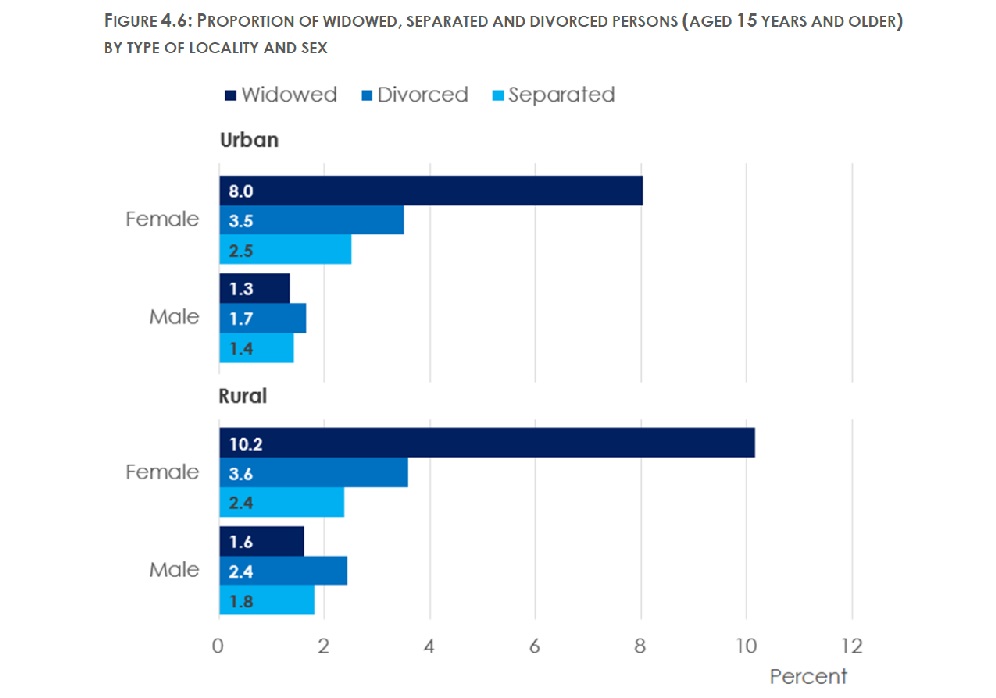