1 Dead as police, youth clash in Kenyasi No. 1 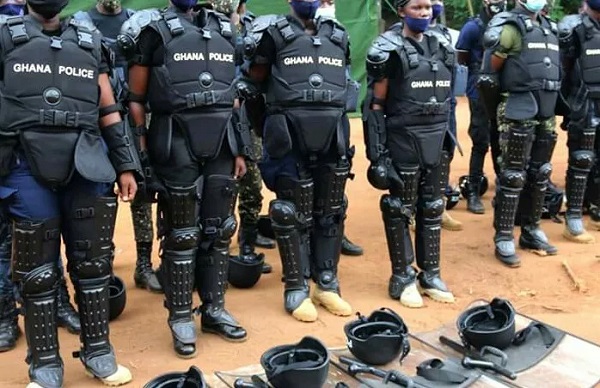 One person was shot dead, and four others sustained injuries from gunshots following a confrontation between the youth of Kenyasi No.1 in the Asutifi North District of the Ahafo Region and the police last Monday.

The injured are at the Banharit Hospital, a private health facility at Kenyasi No.1.

The incident happened Monday (November 14, 2022) evening when police officers deployed to protect the operations and properties of the Newmont Ahafo Mine in Kenyasi No. 1 clashed with the youth.

Although the Ahafo Regional Police Public Relations Officer, Inspector Kwadwo Boakye, confirmed the disturbances in the area, he told Graphic Online that official details would be made known through a press release later.

However, an opinion leader in the community, who pleaded anonymity, told Graphic Online that three young men, including the deceased, were returning from an illegal mining (galamsey) site at Ntoroso when they were confronted by the police.


The source said the three, who were using a tricycle, were stopped at a police check point at Tutuka Junction on the Kenyasi-Ntoroso road.

It said even though the police allowed them to move on, they signalled the rider to stop, but he failed to do so.

The source said the police then fired at the men on the tricycle as they gave them a hot chase, leading to the death of one, while another was injured.

It explained that the deceased fell off the speeding tricycle when the bullet hit him while his colleagues were still being pursued by the police.

It said the youth of the community became enraged upon learning of the death of the young man, resulting in a confrontation between the angry youth and the police on Tuesday during which some more gunshots were fired by the police.

According to the source, the aggrieved youth went on a rampage in the town, causing destruction to vehicles.

It said some vehicles were burnt, but said calm had since been restored in the town with people going about their normal activities.