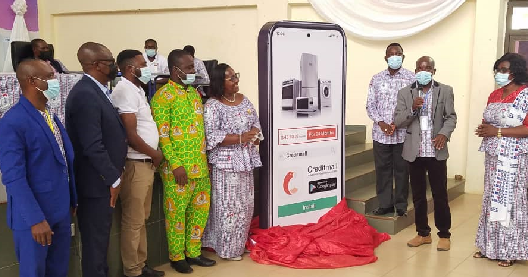 The Volta regional branch of the Ghana National Association of Teachers (GNAT) has urged leadership of the association to be more aggressive in dealing with labour issues to champion better living standards for its members.

According to the Volta GNAT, it was dismayed with government's recent four per cent salary increment for public workers and supported calls for better negotiations

The members, claimed that the said increment would only impoverish them taking into cognisance the high cost of living. GNAT Volta also described reasons assigned by government as unacceptable.

The regional delegates conference was for members to take stock of their activities over the past four years looking at their achievements, challenges and way forward for the association.

The conference was also to elect new regional executives who would steer the affairs of the association for the next four years.

“We the over 23,000 teachers in GNAT Volta and teachers across the length and breadth of the country are totally dissatisfied with the miserable four per cent and seven per cent increments thrown at us for 2021 and 2022, respectively.

Mr. Kattah said government must understand that “no teacher” was happy with the employer-employee relationship regarding remuneration, which called for action to let government know the reality on the ground.

He disclosed that the education sector was faced with challenges such as the unavailability of text books to correspond with the new curriculum introduced at the basic level, centralised junior rank promotions in the country, non-payment of transport and re-posting allowances and grants, among others.

Mr. Kattah called on the appropriate authorities to address the challenges to avoid any unrest on the labour front.

The future of the association, he noted, was bright as the other six districts in the region would receive the needed financial support to construct their own office accommodation, construct a new 40-room hostel block and stores and work with the regional council to ensure that all outstanding issues concerning the Pesben land were resolved for members who paid for plots to receive their documents.

The administrator of GNAT, Mr. Nicholas Taylor, on behalf of the General Secretary of GNAT, said the leadership was doing its best to seek better conditions for its members.

He said the government had a deadline of September 31 to provide better salary increments as well as other issues raised to prevent any drastic measures that would compel the government to listen to them.

The Vice Chancellor of the Ho Technical University, Prof. Ben Quarshie Honyenuga, said it was time government considered teachers as frontline workers in the education sector to benefit from some incentives.

Also the splinter teacher unions, he said, must unite to have one voice to deal with the challenges affecting the education sector including poor infrastructure, overcrowded classrooms, and salaries, among others.