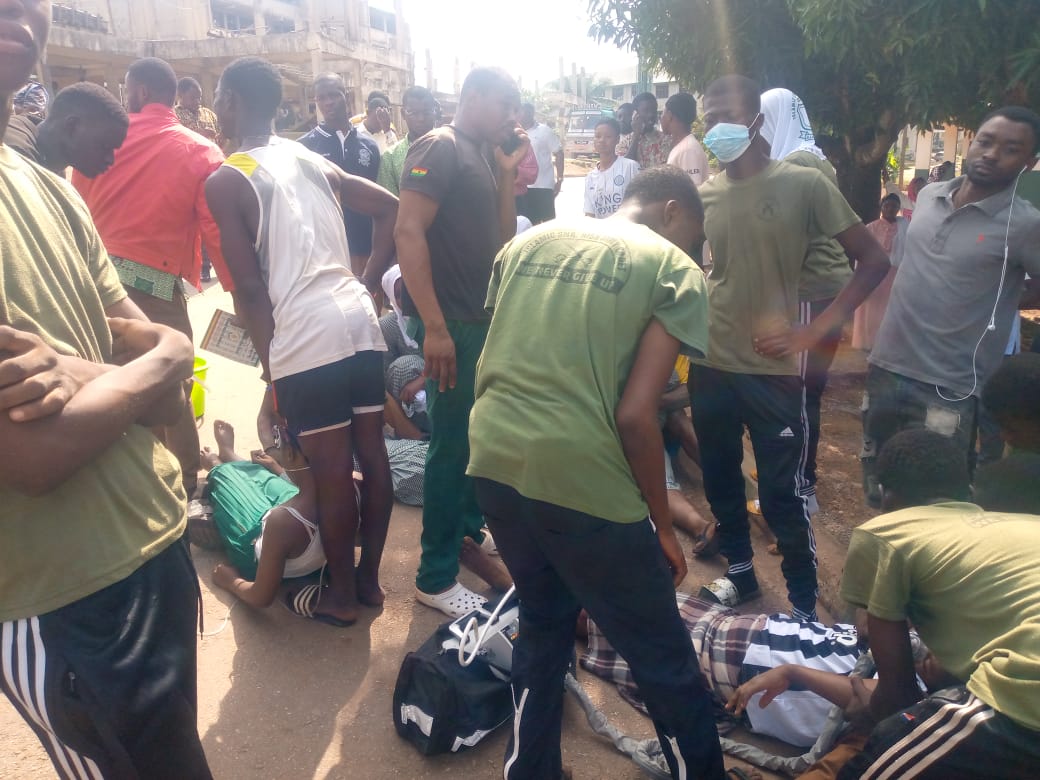 The police in Kumasi resorted to the use of tear gas to quell a students protest at the Islamic Senior High School at Abrepo in the Ashanti Region on Monday.

About 25 students reportedly sustained injuries and were taken to the hospital after the police allegedly fired tear gas to quell the protest which had extended from the campus unto the main Abrepo junction to Barekese road.

The students were protesting what they say was frequent vehicular knockdowns in front of their school.

Graphic Online's reporter in Kumasi, Kwadwo Baffoe Donkor reports that it is unclear what led to the confrontation between the police and the students.

But some reports suggest that, the students started the protest from the school campus.

They moved to the main entrance of the school and some of them allegedly pelted stones and other missiles at vehicles that passed in front of the school.

At some point, some of them allegedly blocked the main Abrepo junction to Barekese road to obstruct vehicular movement.

This led the police response team to resort to the use of teargas to disperse them.

Monday's protest is said to have been ignited by an incident last Friday, where a female teacher who was moving out of campus had her vehicle run into by another vehicle on the main road just as she entered the road.

This, allegedly brought to about eight, the number of knockdowns and accidents in front of the school in 2022 alone.

Some of the students were said to have gone unconscious and others were left with severe pain as a result of the firing of tear gas by the police.

Ambulances were sent to the school to convey the injured students to hospital.

Some parents trooped to the school to see their wards.

They were initially prevented from entering the campus and this resulted in tension at the gate but that was resolved and they were allowed to see their wards later on.

“I heard there is a scuffle in the school and the police attacked the students, shooting and beating them. I heard the police chased them even into their dormitories and were beating the girls. I feel very bad seeing school children on the floor unconscious. Everybody is messed up here,” a parent said.