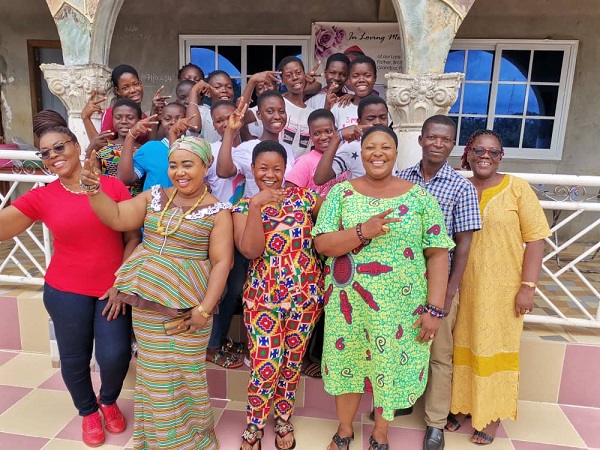 The Central Regional Director of the Department of Gender, Ms Richlove Amamoo, has advised girls to be assertive with males who would want to sexually abuse them.

She said girls must be politely firm in rejecting sexual harassment and advances from men and boys without feeling afraid or guilty.

She was speaking to adolescent virgins at a camp before their initiation ceremony into womanhood at Ekumfi Abor in the Ekumfi District in the Central Region.

Ms Amamoo observed that girls were usually cowed into submitting to the sexual needs of older men or boys because they were not assertive enough or confident.

She stated that the law protected girls from all forms of sexual abuses and it was important that they rejected unwarranted sexual advances with boldness.

Ms Amamoo urged the adolescents to dream big and to strive to achieve their career goals without intimidation.

She indicated that women and girls could achieve their ambitions if they dared to dream big considering that society was gradually beginning to grant them space to be who they wanted to be.

She urged them to seek to live chaste and avoid risky sexual behaviours that could land them into contracting sexually transmitted infections.

The queenmother of Ekumfi Abor, Nana Arhinfuwa III, stated that the girls were admonished to keep their virginity and to avoid reckless sexual lifestyles.

She said the reintroduction of the Braka was to ensure the incidence of teenage pregnancy was reduced to the barest.

So far she said the chiefs and elders were happy with the effects of the reintroduction of the puberty rites.

“We have seen the effects of the incidence of teenage pregnancy in the community and we are happy about it.”

She said the community would continue to promote healthy sexual behaviours among the youth.