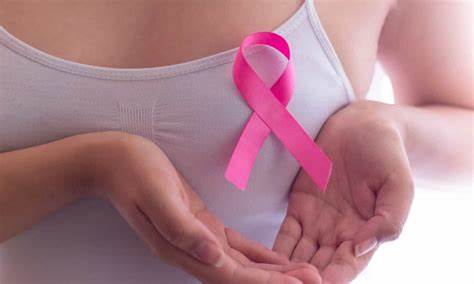 October is here again and the world over, pink ribbons are displayed everywhere. It is to remind all that breast cancer is still with us and we need to draw attention to mostly our women but also the men to examine their breasts for breast cancer.

In addition, the National No Bra Day observed on October 13, created in 2011 by breast cancer advocates, serves as a boost to the observance of October as the Breast Cancer Awareness Month. It serves as a reminder for all women to be screened for breast cancer.

Despite the various descriptive terms for the breast such as blessed, colossal, adorable, miniature, full, jiggly, fancy, sensitive, glistening, bouncy, smooth, tender, still blossoming, rosy, plump, fun, silky, Jello-like, fierce, jolly, nice, naughty and cuddly just to mention a few, it certainly needs special attention because of cancers that can originate in this organ. Leaving them to live up to their descriptive term as they hang freely is the reason for the "no bra" accolade. So far, no scientific research has linked wearing of bra to the development of breast cancer.

Worldwide, breast cancer is the most frequently diagnosed life-threatening cancer in women. In less developed countries, it is the leading cause of cancer death in women, surpassed only by lung cancer in advanced worlds.

Many people with early breast cancers are without symptoms. Pain or discomfort which brings attention to most diseased parts of the body is not usually a symptom of breast cancer. It is often first detected as an abnormality on a mammogram before it is felt by the patient or healthcare provider.

The exact cause of breast cancer is not known; however, studies have identified a number of risk factors associated with an increased risk of a woman developing breast cancer. These include:


Age and gender - Increasing age and female sex are established risk factors for breast cancer. Although breast cancer is increasingly being diagnosed in women younger than 40 years, the risk increases significantly after 40 years.

Reproductive factors and steroid hormones - Late age at first pregnancy, inability to conceive, early onset of menses and late age of menopause have all been consistently associated with an increased risk of breast cancer. Prolonged exposure to elevated levels of sex hormones explains the association between breast cancer and reproductive behaviours. High oestrogen level has been associated with an increased risk of developing breast cancer.

Prior breast health history - A history of breast cancer is associated with a three- to four-fold increased risk of a second primary cancer in the other breast.

Lifestyle risk factors - The wide variability of breast cancer incidence around the world has long been attributed to differences in dietary intake and reproductive patterns. In general, rates differ according to the level of industrialisation, increasing as the developmental status increases.

Diets rich in grains, fruits and vegetables; low in saturated fats; low in calories and low in alcohol are thought to be protective against breast cancer.

Obesity is associated with an increased risk of breast cancer development. This stems from the fact that most of the causes of obesity such as western dietary pattern, sedentary lifestyle and regular use of alcohol are all linked to an increased incidence of many cancers, including that of breast. Epidemiologic studies have consistently found a positive relation between breast cancer risk and early-life exposures such as diet, obesity and body size although the mechanism of this relation is poorly understood.

I will continue next week.