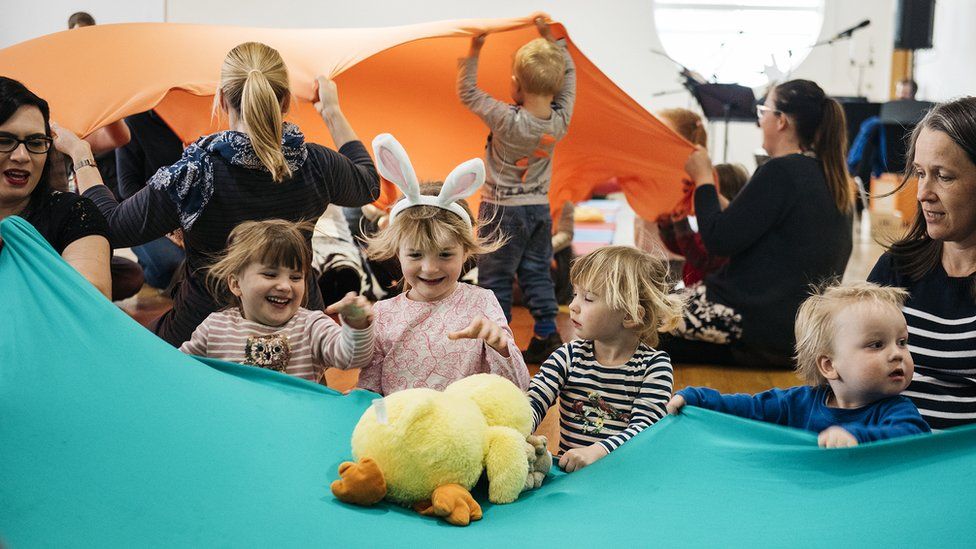 Potential parents are being shown the benefits of music to families - before they even have children.

The courses at Sage Gateshead - offered to people expecting babies, planning for one or looking to adopt - show how music can help with brain development and communication within families.

Class leaders said it was also an opportunity for people to meet others in similar situations to themselves.

The venue already runs classes for babies and children.

"There is something about music that's inherent and powerful and we want to start introductions to it from an early age," said course leader Eleanor Mooney.

She said the I Got You Babe programme would explore the theory and benefits behind making music with young children, along with creating some "lifesaving playlists".

During the pandemic many of the venue's family programmes moved online but since then officials have wanted to introduce new classes.
Nicola Burke, an early childhood music consultant, said she had never heard of such a course for would-be parents but said it was "brilliant" because it shared "an awareness which can be embraced once a parent".

"Music is crucial in the development of children - maybe it's better to think of it as sound and how that is vital for communication," she said.

"If we think how adults interact with children, particularly babies, we are playful with our voices. It's musical and that's the communication."