The parents of a severely disabled girl have taken the radical step to stop their daughter growing in an attempt to improve her life.

As well as giving their child hormones to limit her size, Jenn and Mark Hooper also had doctors remove Charley's womb to spare her the pain of having periods.

The New Zealand couple are among a small, but increasing number of families around the world resorting to a highly controversial treatment known as growth attenuation, in bid to make the lives of their disabled children better.

Opponents argue stunting and sterilising the disabled amounts to a violation of human rights.

But parents like the Hoopers insist it helps their children retain their quality of life.

Charley cannot speak or walk, has no control of her limbs and is virtually blind, unable to detect anything beyond light or dark.

She was left irreversibly brain damaged after being deprived of enough oxygen at birth, and was later diagnosed with a severe form of epilepsy.

Her parents have to try and interpret what she feels by the pitch and volume of her moans, and whether her face is relaxed or contorted in muscle spasms.

As she grew bigger her parents were concerned she would eventually become too big to take her anywhere, with the prospect of her having to be moved using hoists for the rest of her life or being trapped in bed.

Initially blocked by the local ethics board, they eventually got permission but only by travelling abroad to South Korea to start the hormone treatment.

Now aged 10, Charley is around 4ft 3in tall and weighs less than four stone, and will remain so for the rest of her life. 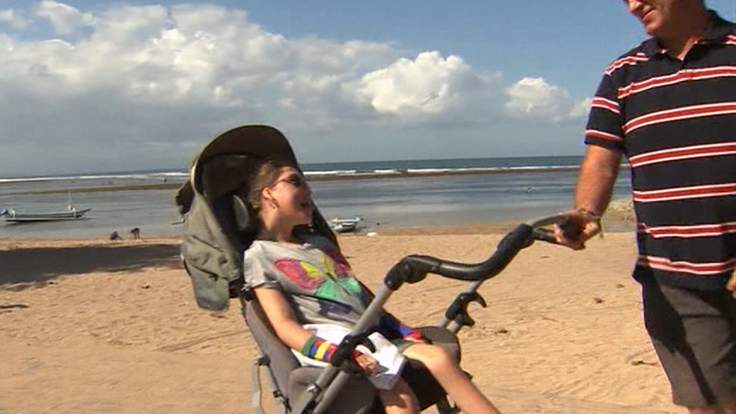 She is able to join her family on shopping trips and holidays to Bali.

Mrs Hooper said: "We haven't stopped her doing anything.

"Growing would have stopped her doing things.

"We didn't take away any choices that weren't already taken from her."

But many doctors refuse to prescribe the treatment, which has also given rise to public unease.

Margaret Nygren, CEO of the American Association on Intellectual and Developmental Disabilities, said: "The idea behind growth attenuation is that you're keeping someone small for the convenience of those around them, not so that the individual is able to have the most fulfilling life, and I think that's the crux of the ethical issue.

"Would you ever want this kind of treatment done to you without your consent or knowledge? And if the answer is no, then why would one want to do that to someone else?"

However, Charley has never been able to give her consent leaving the Hoopers only to guess at what their daughter would want.

"So we give her the best life we can while we've got her."