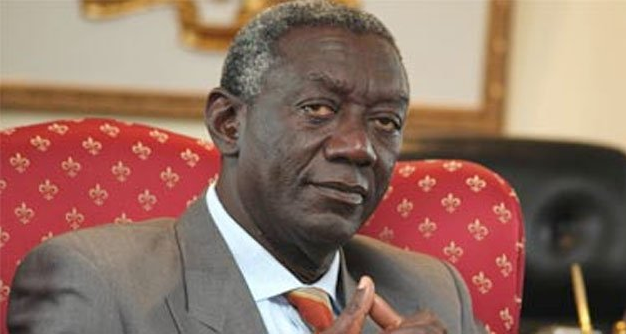 My association with the Graphic Communications Group Limited as a permanent employee will end this year as I am due for retirement.

I have since the beginning of the year attempted to give an account of some of the developments I have gone through serving as a journalist with the company.

The cock that crows in the morning belongs to one household but his voice is the property of the neighbourhood. You should be proud that this bright cockerel that wakes the whole village comes from your compound.
—  CHINUA ACHEBE, Anthills of the Savannah.

Before I continue to give an account of my working years with Graphic, there is a need to pay tribute to Mr K.B. Asante, who was more than a father to me. There was not a single moment that he came to Graphic that he would not “pay homage to the great small man” as he referred to me. He served his country and we must follow his footsteps and continually serve the motherland until our maker calls us.

In the last quarter of 2004, then President John Agyekum Kufuor launched the manifesto of the New Patriotic Party (NPP).   His photograph was selected for the front page of the next day’s edition. After designing the page, the Production Editor, Mr Emmanuel Amoako, decided to experiment with design concepts and postulated that if President Kufuor was re-elected, such a photo could beautify the page. He, thus, designed a front page with the photograph and a headline suggesting that the NPP had won a second term. Fortunately, the dateline was that of the day the page was designed and carried the issue number of the next day’s publication.

However, some staff activists of the National Democratic Congress (NDC) printed a copy of the page and took it to the NDC Headquarters, alleging that Graphic had declared President Kufuor re-elected. The next morning, the news was diffused that Graphic would rig the elections. Some radio stations called to interview me but I parried them, since there was no issue.

When I got to the office, I was invited by the Managing Director (MD), Mr Berifi Apenteng, and told that the Editorial Committee of the board would be meeting over the matter to sanction those who did “the awful thing”. I told the MD that I was ready to take full responsibility for the action, since I did not see anything untoward.

When the board members met and laid the complaint, I felt something was not right.  Mr Apenteng and the General Manager, Newspapers, Mr Elvis Aryeh, directed me to respond to the queries. I asked the board members whether they had looked at the date and issue number of the paper which was not December 8 but the date when the page was designed. I asked further whether the board would have been exercised if it was a feature article projecting the NPP as winners. That ended the meeting and saved Mr Amoako from losing his job.

In June 2006, we carried a report on the divorce between Archbishop Nicholas Duncan Williams and his former wife. The respected and revered man of God had in a pastoral letter announced to the congregation that he and his wife were divorced, but that they should keep the information to themselves. Somehow, one of the enterprising reporters at the time, Charles Benoni Okine, got a copy of the letter and was encouraged to write the story.

Naturally, there were protestations from some quarters, as well as support from others. Some members of the board felt offended about the story and called for an emergency meeting. The board decided to use the development to issue policy directives on editorial content. At the meeting, members took turns to criticise our sense of editorial responsibility, after which they asked me to explain why we published the story.

By then, I was a bit exercised and somehow irritated. I asked them what they wanted me to say after roundly condemning me. I then emphasised the fact that marriage was a public event and that they should not forget the Anglican Church as a concomitant of a protest about divorce.

A member of the board, Nana Amba Eyiaba, realising that my tone was becoming harsh, took me out and counselled me to tone down. On our return, I told them it appeared that they did not appreciate the issue at stake, especially when some of them said the story should rather have been used in The Mirror.

I justified the publication but was ordered to leave. The meeting ended, but afterwards I was told members complimented me but expressed shock at my responses. They abandoned their attempt to introduce new guidelines on editorial content.