The Menzgold - Bank of Ghana muddle 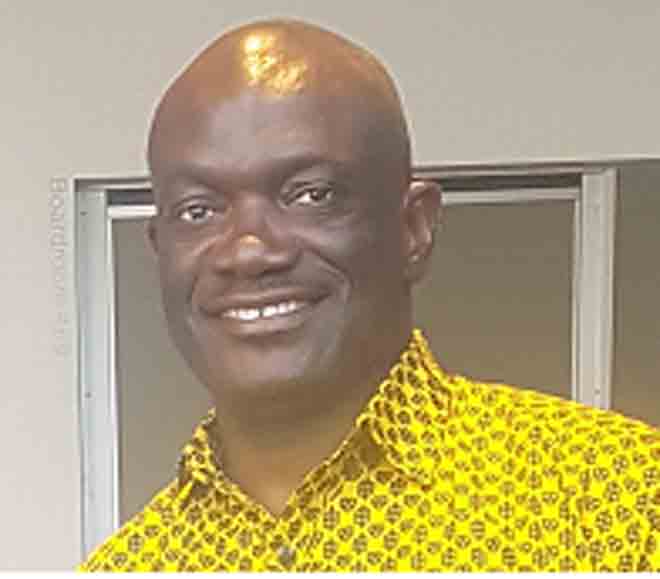 Between 2010 and 2015, Ghana lost over $25 billion in gold sales to the state following a disagreement between the Ghana Standards Authority (GSA) and the Precious Minerals Marketing Company Limited (PMMC) over which of them has the authority to certify gold for export

Ghana Standards Authority riding on NRCD 173 of 1973, as a third-party government conformity assessor in the country had actually set up a gold testing laboratory fitted with state-of-the-art equipment with all the standard requirements for testing gold.

Hence GSA’s claim that her testing methods are the only acceptable standard in the testing of gold worldwide.

Meanwhile, the PMMC also stood on PNDC Law 219 of 1989 to back her claim that the PMMC was the sole recognized body to test for the quality of gold for export.

To date, the two government agencies are each staking claims and counterclaims to a sole mandate to assay and certify gold for export.

According to sources in the industry, the deduction of 0.175 per cent of the value of gold to be exported as commission to the testing agency was the source of the turf war.


While these two engaged each other in tussle, the taxpayer lost $25,000,000,000 within 5 years according to a Bank of Ghana report quoted by South African based African Mining News.

So if Ghana could lose that much in 5 years and still be on her feet, one daresay that Ghana is not poor.

In a seemingly parallel development , the Securities and Exchange Commission (SEC) and the Bank of Ghana appear to have been sitting on the fence throughout 2017 till now and issuing disclaimers, warning the public to do business with MenzGold at their own risk. As these two institutions take forever to decide, is expanding ambitiously and even gone global.

Critics are baffled and appalled to imagine that, the Central Bank of Ghana feigns such degree of ‘toothlessness’ in a simple matter requiring her authority. Some wonder why BoG hasn’t shut MenzGold down already if MenzGold has violated any statutes. Others believe that the MenzGold saga comes under the ambit of the SEC instead.

So why is the SEC doing nothing apart from public awareness statements? Let’s look at the coming into existence of the trio.

No law stops us from commodity trading — Menzgold

Why Menzgold trading license was revoked in 2015 - PMMC

The Bank of Ghana

On the 4th of March 1957, just two days before the declaration of Ghana’s political independence, the Bank of Ghana was formally established by the Bank of Ghana Ordinance (No. 34) of 1957, passed by the outgoing British Parliament.

However, the current law under which the Bank operates is the Bank of Ghana Act, 2002 (Act 612). Among formulating and implementing monetary policy, the Bank is to regulate, supervise and direct the banking and credit system and ensure the smooth operation of the financial sector.

In addition to acting as and financial adviser to the Government, the Bank of Ghana is mandated to license, regulate, promote and supervise non-banking financial institutions. Where does MenzGold fit in in BoG’s mandate?

What about and Exchanges Commission?

The Securities and Exchanges Commission of Ghana was established by the Security Industry Law, 1993 PNDCL 333, as amended by Securities Industries Amended Act 2000, Act 590. Today, SEC operates under Industry Act 2016, Act 929.

SEC is also expected to formulate principles for the guidance of the industry: protect the integrity of the securities market against abuses arising from dealings in securities: create the necessary atmosphere for the orderly growth and development of the capital market; and examine and approve invitations to the public made by issues other than the government’s.

So what is MenzGold doing?

MenzGold proclaims to be a proud African Gold Bank. MenzGold is a limited liability company duly registered and incorporated in Ghana by the company’s Act of 1963 (ACT 179) and undertakes dealership in Gold, Diamonds and other precious stones and metals. has a license from the Minerals Commission of Ghana to undertake the aforementioned business.

The company has further created a bullion investment platform (gold trading), that offers ten (10%) monthly return on investment (ROI). The company reports an unblemished 100% record since its inception; being exceedingly successful, offering individuals a sure alternative source of income amidst the current global economic ills.

has intelligently avoided any form of direct reception of money from the public or her customers. As a result, she is not a Financial Institution and therefore has no business with the Bank of Ghana. So she hasn’t registered with BoG.

MenzGold is also not clearly trading in the securities so she is not obliged to stay under the radar of SEC.

In fact, the Securities and Exchange Commission is duty bound to create the necessary atmosphere for the orderly growth and development of the capital market in this instance.

MenzGold’s business model is over the counter derivative.

One fold is under the radar of the exchange clearinghouses, called the futures and the other is over-the-counter (OTC). The OTC option reduces such financial derivatives to a mere contract between two parties.

Paul Wilmont who is an authority on the subject estimates that the derivatives market is 20 times the size of the world economy.

He puts the financial derivatives market around a total of $1.2 quadrillion, whence the world's annual domestic product is estimated at only $55 trillion on the average.

The derivative markets are always ahead of regulators, and the fact is, they are so many already but new ones are being introduced into the market on a daily bases.

They cannot be regulated because they are over the counter transactions. In the coming Ghanaians should expect El Gold another business similar to but with and even higher returns.

This is a contract between two parties, over the counter, and doesn’t come under the jurisdiction of the Central Bank of Ghana nor the Securities and Exchange Commission of Ghana.

Nonetheless, there are legitimate but hypothetical moral concerns for the protection of the vulnerable citizenry.

What happened in the US

In a similar fashion, (and this is not to suggest whatsoever the absolute copying of everything from the United States), the writer nonetheless believes that an opportunity has presented herself for the country’s legislature to get to work.

Parliament can equally and ably define the way forward in this apparent innovative business model by which is intertwined with unclear legalities and perhaps sizzled and garnished with romance between MenzGold, SEC and the Bank of Ghana.

To equally overhaul the current system, Parliament should cause the establishment of a body that captures the area MenzGold is treading on. Currently, it appears she is neither under the radar of the Securities and Exchange Commission nor that of the Bank of Ghana and all the periodic disclaimers from both SEC and BoG for the past 2 years are just causing fear and panic.

Meanwhile, the confidence which the public appears to be in MenzGold and her products must be protected, while the innovative business model engineered by her is aided to grow and blossom. There have been a few unfortunate historic financial experiences in Ghana. A good and recent example is the DKM story, which must not be repeated. Indeed, some critics believe that MenzGold has residual metamorphic signatures akin to the erstwhile GOLD, which went the DKM-way in 2012.

Parliamentarians can, therefore, help protect businesses and the people who elected them into office by couching a legislative solution or instrument on this issue before its too long again. As seen from the above, the inactions or wrong actions of government institutions can cause the nation to lose billions of US dollars in aggregates. Without prejudice, let us see what comes out from EOCO.

Writer's email: This email address is being protected from spambots. You need JavaScript enabled to view it. Tel: +233 266 211 660