No law stops us from commodity trading — Menzgold 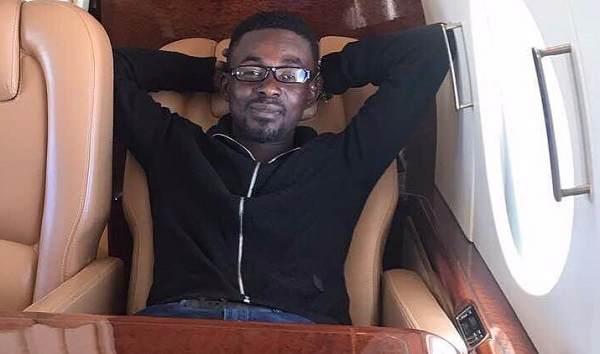 Menzgold Limited has stated that it is engaged in commodity trading, as there is no law against the practice.

“What we are engaged in is commodity trading and there is no law that stops us in commodity trading,” the lawyer of the gold trading company, Mr Kwame Akuffo, told the Daily Graphic in an interview.

Mr Akuffo was reacting to claims by the Precious Mineral Marketing Company (PMMC) that Menzgold was not licensed to buy and sell gold.

He explained that the Association of Gold Exporters of Ghana took up arbitration against the Bank of Ghana (BoG) and the PMMC; and it was there the arbitrator came to the concession that the parties had agreed that the Minister of Lands and Natural Resources should nominate the PMMC as the government’s independent at-sale-laboratory.

Our licence not revoked

Lawyer Akuffo added that immediately that agreement was reached in 2015, “there was no need to renew the licence with the PMMC,” explaining that it was on that basis that “we moved on to the Minerals Commission to obtain an export licence.”

He, therefore, dismissed claims by the PMMC that Menzgold’s licence had since been revoked, saying “there has never been a singular instance, or a plural instance or multiple instances where the PMMC revoked the licence of Menzgold or MenzBank Ghana Limited.”

The Managing Director of PMMC, Mr Kwadwo Opare Hammond, last Wednesday granted an interview to an Accra-based radio station where he said that Menzgold was not licensed to trade in gold.

According to Mr Hammond, Menzgold’s earlier licence granted by his outfit in 2014 had long been revoked.

“The Minerals Commission would usually give you the licence and there is a small clause that says ‘you buy gold for export’ and I don’t know if that is what they [Menzgold] are relying on to do this. If that is what they are relying on, then they are doing the wrong thing. One is supposed to buy and package the raw gold before exporting it,” the PMMC’s boss told the radio station.

“I want to advise Mr Hammond to stick to the dictates of his office and not to overstep “the boundaries of the jurisdiction allotted to him by his office,” he said.

Menzgold had been in a tango with the BoG over its operations.

The BoG has warned that it would soon take punitive measures against Menzgold for transacting banking business without a licence.

According to the central bank, Menzgold, which is known as a precious minerals trading company, was carrying out unlawful transactions by taking deposits from people.