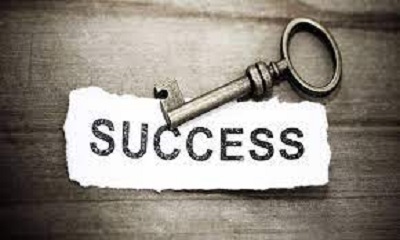 When a kilometre of road is built, quite a number of individuals take credit for it. Same can be said of a school building, community centre, health facility, place of convenience, the extension of electricity or potable water to a rural area and the distribution of mosquito nets, among other such events.

The sub-chief on whose land such an infrastructure is built or undertaken, or event organised to distribute things, takes credit for leasing land for the construction; same for the divisional chief and for the paramount chief of that traditional area.

Even assembly men and women of the said electoral area takes credit for lobbying for the project to be sited in his or her community.
The Metropolitan, Municipal and District Chief Executives (MMDCEs) with their respective assemblies take.

credit for the successful execution of a project during their tenure of office, the Member of Parliament for the area also adds that to his or her list of achievements while in office.

Finally, the regional minister, as well as the relevant sector minister with oversight of the project, appropriates such an achievement; and the same can be said of the President in office at the time, as well as the contracting firm or department that successfully executed the project in question.

All of them then host such completed projects on their social media handles, websites, and most often, further publicise their “achievemnts” on radio and in newspapers for all to read about the success in the hope of putting them in good stead for the execution of even bigger projects.

When that happens, the blame game is often played. All with some oversight role pass the buck to another, with the contracting firm putting the blame on the awarding agency for not being forthcoming with resources, and so on and so forth.

The assembly member for the area feigns ignorance as to what may be accounting for the delay in completing the project. The unit committee, MMDCEs, together with their respective assemblies, the respective regional minister, as well as the relevant sector minister, all the way to the Presidency do same, or give the impression that they are following up to get the project done.

The reaction of the opposition party in such a scenario is swift and predictable; they will blame everyone but themselves. It is instructive to note that at the local level of governance, partisan politics is not entertained and, therefore, the assembly member voted for is not supposed to dabble in partisan politics.

Same can be said of our chieftaincy institutions, in the interest and well-being of members of their communities, they ought to assume greater responsibility and ask probing questions of duty bearers whenever an ongoing project in the community is stalled.

This admonition is in equal measure to the two leading political parties who have had equal number of stints in office and in opposition since the inception of the Fourth Republic.

Thanks to a vibrant traditional and social media, we are able to replay to them, words they spoke or wrote on their social media walls, timelines and at political rallies, demonstrations, lectures and foras, while in opposition, which often are at variance with their actions and deeds while in office.

Perhaps, as citizens, we ought to line up to shame our duty bearers when they are not responsible enough.

The writer is an Assistant Lecturer of the Department of General Studies, Koforidua Technical University.
E-mail: This email address is being protected from spambots. You need JavaScript enabled to view it.