You were a photography icon; social media eulogises Bob Pixel 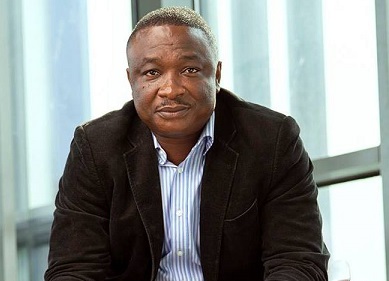 Bob Pixel was loved for his competent services in photography

Bob Pixel, regarded as a leading light in modern photography is reported dead and news of his passing today, February 25, 2021 has drawn condolences from loved ones and family.

Trending Number 1 on Twitter, the death of Bob Pixel real name Emmanuel Bobbie, who has been described as a photography icon, is certainly a big blow to the creative industry.

In a tweet by Voice cast, it said, “Still waiting for confirmation because this is shocking but if your death is true, RIP. You were a photography icon and you truly left an impact, Bob Pixel”.

In the words of Aberrant Maiai, I still can’t believe the news about Bob Pixel”.

Afia Akoto, Deputy Chief Executive at Microfinance and Small Loans Centre (MASLOC) posted this on her Facebook page. “You served your country in your own way. Some of you deserve nothing less than a state honour.”

According to GH One’s presenter, Adwoa Amofa, “One of the best to have ever done it in this industry. So sorry sir 🙏🏿. Rest easy"

Even though the cause of his death is not known yet, family and friends have shared messages of condolence to the bereaved family.

Bob Pixel who is well known for capturing memorable images of celebrities, events, tourist sites and politicians left behind a wife and three children.

Emmanuel Bobbie working under the moniker “Bob Pixel” was a product of Kwame Nkrumah University Science and Technology (KNUST) where he earned a degree in Communication Design (2001).

With over 12 years under his belt as a professional photographer, Bob Pixel has worked with celebrities such as actress Yvonne Nelson, rapper M.anifest, actor and politician John Dumelo, Menaye Donkor-Muntari, actress Jackie Appiah and actor James Gardiner.

Some of the notable agencies and campaigns that Bob Pixel has worked with include UNICEF (Living with Refugees) Vodafone Ecobank, Emirates, GH Fan Milk, Guinness Gh, ABL, Samsung, Coca-Cola and many more.