VVIP too ‘elderly’ to be under pressure—Reggie Rockstone 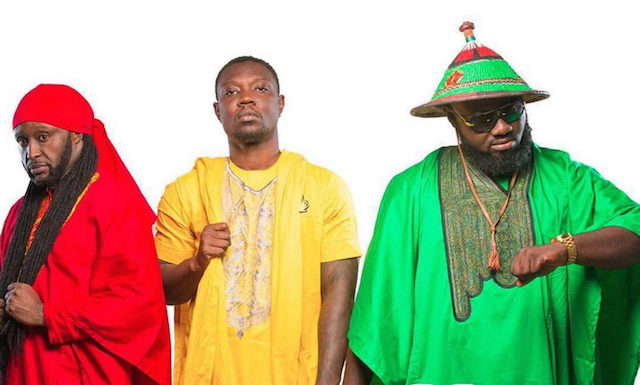 VVIP is made up of (from left) Reggie Rockstone, Prodigal and Zeal
30.5k Shares

THE last time music followers and fans of Hiplife group VVIP made up of Reggie Rockstone, Prodigal and Zeal were heard of as a group, was in 2017, when they released the song Koliko featuring Miyaki.

It’s been almost five years of near silence from the once vibrant group but that is not a headache for members of the group at all.

Speaking with the Graphic Showbiz recently, Reggie Rockstone pointed out that VVIP was an ‘elderly’ group and not under pressure to impress with new songs.

He pointed out that the group, which was a merger of two reputable groups that had stood the test of time with enviable achievements, didn’t need to compete with younger acts for attention by releasing songs back to back.

“Members of VVIP were ‘elders’ and not under pressure to release a song to prove their worth. We are not young artistes now clamouring for attention or fame.

"Besides, for the four years or so we were together, we proved to Ghanaians that when you have it, you have it and our records within the period proved that.

“It was a moment of amazing display of humility where two brands came together so we are not under pressure at all.

"We are elders in the game and don’t need to prove a point to anyone so we are giving the young ones the chance to show their potentials as well,” he stated.

When Reggie Rockstone announced in 2013 that he was joining the then VIP after Promzy parted ways with the group, many were those who thought it was a joke because they could not believe that the Grandpapa of Hiplife would do a thing like that.

However, the rumours were settled a few months later when he was unveiled and the group was renamed VVIP.

"The group released their hit song Selfie in 2014 and later released songs such as Book of Life, Skolom, Alhaji, Koliko among others, earning them three successive Group of the Year wins at the Vodafone Ghana Music Awards (VGMAs).

“It all began when I posted on Twitter that I was joining VIP. That simple message drew a lot of attention but the truth is that I have always wanted to be a member of VIP,” he stated.

Even though the Keep Your Eyes on the Road rapper wasn’t definite on when VVIP will be bouncing back with a song, he was very appreciative of the respect the other group members accorded him.

“Despite being two big brands coming together at the time, these guys showed me lots of respect and that mutual respect helped us to achieve a lot within the four years that we have been together.

"Ghanaians are however, the best judge and I’m happy things went the way they did,” he stated.

“There has always been mutual respect even before I joined the group and I must admit that they are both respectful.”