Declare State of Emergency in Nigeria—RMD to Buhari govt 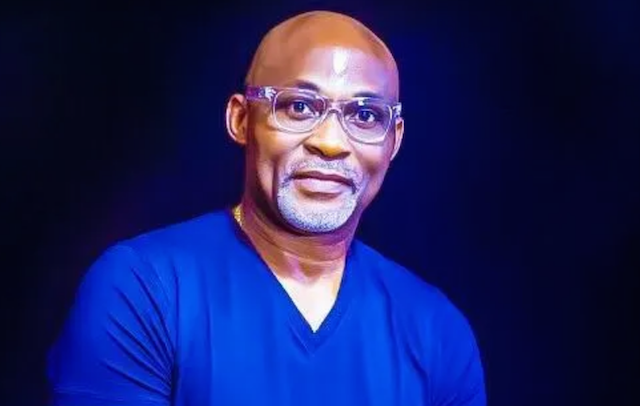 Veteran Nollywood actor, Richard Mofe-Damijo (RMD) has called on the President Muhammadu Buhari-led government to declare a state of emergency.

RMD said this following an attack on the Abuja-Kaduna train and destruction of properties at MKO Abiola stadium after the Nigeria-Ghana clash.

According to him, Nigerians are broken, angry, and have seen it all, which can be a trigger for destruction if not handled properly.

RMD warned that things may worsen if the government does not apprehend perpetrators and do more than promises to protect Nigerians.

“Nothing surprises and shocks us anymore; we have seen and heard it all. Ridiculousness has been enthroned by our leaders at every level.

“There’s an urgent need to declare a state of emergency in this country. We’re heading for the precipice and it doesn’t seem like we are interested in pulling the brakes.

“After now, it is a free fall. The government needs to do more than just promises to apprehend the perpetrators and truly save the lives of WE,” RMD wrote.

The actor sympathised with families of those who lost their lives in Kaduna even as he recalled his experience on the train.

“At this time last year, I was on the train to Kaduna and we talked about how unsafe life is and the risks we were taking. We’re the lucky ones.

“Again a month ago, I was on the Lagos /Ibadan train, and it was the same specter of death and attacks that plagued our minds. This is not to disregard the comfort and timeliness of the train ride and how desirable it is there.”

RMD identified himself as being lucky for escaping attacks on the train, adding that anyone could be a victim if security becomes worse.

“Point is, it could be anyone any day. On the road, at the airport, train station, nowhere is safe anymore. This is the extent of our brokenness.

“If anything is an indication of how broken we are today, then the shameful storming of the pitch and destruction of the MKO National Stadium, Abuja, is a clear indication. People are angry and bitter and are just looking for triggers. And boy! they’re plenty.

“See the initial reactions to the quite clear tweet of the young doctor who died from gunshot wounds from the train, and you will see that we have also lost our humanity,” he added.