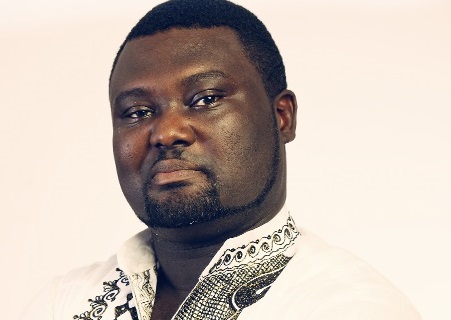 AS if to say they are tired of being trolled and are ready to fight back, celebrities have in recent times taken to cursing followers who call them out without any just cause on social media.

A few weeks ago, actress/presenter Selly Galley’s curses on a follower who called her barren made the headlines for the strong language.

Although some of Selly’s colleagues and followers said they had prayed to reverse the curse, there were others who felt the curse would not have any impact because it was online.

However, Gospel artiste Kofi Owusu Dua Anto, popularly known as KODA, has in an interview with Graphic Showbiz said online curses work and people should not take it for granted.

“It works, I am telling you. Even if you take away the God factor, there are forces around who work on these curses. They pick the words and run with them, so do not think because they are on social media, they will not have an effect on you.

“If you are out there and you have been a victim, please go on your knees and pray and ask God to intervene because there are things beyond our eyes,” he said.

When asked if it was a good thing for celebrities to be pronouncing curses, KODA said it wasn’t the best. “It is not, I will not advise anyone to do that because there is power in words. However, as you are advising the cat, you should do same to the rat as well.

“If you are a follower, make sure you watch what you say or the comment you give under people’s posts. There are some who will not mind, others will not take it lightly with you,” he said.

Graphic Showbiz also spoke with the Head Pastor of Destiny Altar Ministries in Accra, Rev. Ebo Kwaitoo, on curses and he shared similar sentiments as KODA.

“The book of Proverbs 26: 2 says curses without a cause will not work, so it means there should be a reason for that curse to work.

“And that reason will be that bad comment that a follower will say to whoever has posted on social media, so let us be mindful of these things.

"A curse will only work if there is a reason for it to; there are evil forces around who will work with the words, either good or bad,” he said.

He also cautioned those who had resorted to cursing at the least provocation to desist from it. “Curses have repercussions, there is no need to curse, and the Bible doesn’t favour it,” he said.

Meanwhile, the Gospel music industry has for some time now faced criticism for the quality of songs being produced, with critics saying the current songs are noisy, but KODA thinks otherwise.

According to him, the issue had to do with what successive generations prefer. “Every generation has what it likes. So there are some like my dad or mum’s age who may not appreciate the current songs that we churn out but would love those from the Helena Rabbles, among others.

“ It's the same way some youth of today would love what I bring out and may not appreciate the old tunes. That is the situation now if you ask me.

“On the noisy part, I believe it’s the style people pick up. For example, I have had the opportunity of being at Kejetia in Kumasi and if you do not shout, people will not hear you.

“You cannot blame the minister who produces songs like that. It is what he or she is used to, because that was how he or she started, which when he/she does at places where his/her style of music is appreciated, he/she will get the love,” he noted.

KODA has songs such as Hosanna, Nkwa Bodoo, Guide Me, Nsem Pii among others and has worked with acts such as Nii Okai, Joe Mettle, Pastor Joe Beecham, Daughters of Glorious Jesus, Joyful Way Inc., Eugene Zuta, Diana Hamilton and Calvis Hammond.