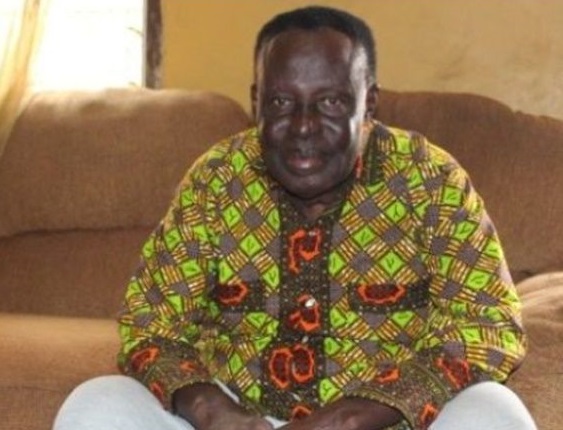 Nat Frimpong Manso, an original member of Osofo Dadzie drama group has died. He was 89.

His death was confirmed by his nephew, Agyeman Duah on his Facebook page today.

Frimpong Manso played the titular character, Osofo Dadzie in the television series which was very popular in the 1970s and 1980s. His character was the calm peacemaker whose intervention in any dispute on the show saw its resolution.

One of his last appearances was at the funeral of late Showcase in Ga actor, Ataa Mensah in 2019.

He moved to the United States in 1997 and lived there for years before relocating to Ghana in 2015.

The Osofo Dadzie group had members such as the late Super OD, S.K. Oppong, Bea Kissi, Fred Addae, Akua Boahemaa and Kwadwo Kwakye and the series had Joris Wartenberg as creative director and the late Nana Bosomprah as producer.

The group's breakthrough on television came when they performed a play titled Aku Sika written by Nana Kwame Ampadu. S.K. Oppong played a drag queen which turned out to be quite popular.

They performed this play on a programme, Anansekrom, organised by the Ghana Broadcasting Corporation (GBC). The response was very good and also impressed one Kobina Taylor who was with GBC. Nana Bosomprah, who was a producer with GBC, engaged Joris Wartenberg, then at the University of Ghana, to be the scriptwriter for a new television series featuring the group.

This was the start of the Akan drama series on GBC and the Osofo Dadzie series became the most popular drama show on Ghana television.

With the exception of Akua Boahemaa, the leading members of the Osofo Dadzie group have passed on. Super OD, whose real name was Asonaba Kweku Darko died in 2018, Bea Kissi and Fred Addae passed on in 2003, S.K. Oppong died in 2001 while Kwadwo Kwakye died years earlier.