I am very responsible - Psalm Adjeteyfio 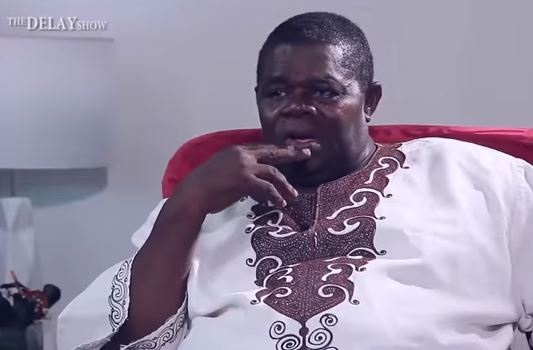 Since his recent plea for help to pay his rent went viral and he received support from Vice-President Dr Mahamudu Bawumia, Greater Accra Regional Minister, Mr Henry Quartey, as well as benevolent individuals, there has been a lot of commentary about veteran Ghanaian actor Psalm Adjeteyfio.

While a section of the public has sympathised with him, others, including some of his colleagues in the movie industry, have criticised him for what they believe was not a well-planned life.

However, in a chat with Graphic Showbiz recently Psalm Adjeteyfio said while there was the impression that he was not responsible because of his current situation, the opposite was the case and he was taking care of his children and his family.

“It’s unfortunate that people say such things. When I hear such comments it tells me that such people lack experience, they are not grown and are not mature. I have rented a three-bedroom house before and was driving an old jalopy taking my children to school before going for lectures at the University of Ghana, Legon.

“I trained as a teacher, I was earning a salary and acting at the same time and making some extra money but as the saying goes, time changes. Situations will arise and I suffered some untold difficulties. I had been very sick with this disease arthritis which is very painful, right now I am receiving treatment for heart failure and I have been in this situation for the past three and a half to four years.

“I have been seeing a doctor at 37 Military Hospital and if it were in the US, I would be on the waiting list for a heart transplant. I have consumed more than 6,000 tablets and capsules and I am still on medication and you know medications have their side effects.

“My body itself lacks strength, I am not very strong but I thank the Almighty that I am alive. So when somebody asks what did he do with his money? I have children and I pay rent. I have family and I take care of my family as well, my son fell sick recently and I was charged GH¢9,000 but through these donations, I have been able to pay that debt.

“So you don’t ask a man with children what he did with his money that means you lack maturity. When I fell very sick, our minds were off the electricity because they don’t bring us bills in this area only for them to bring us a bill of GH¢4,500 and now they say our bill proper is GH¢8,000 so if you ask me what do I do with my money, sometimes I get irritated.

“And they say things like I shot Taxi Driver, I acted in movies etc, do you know what I have been through? I am a very responsible man,” he said.

Psalm Adjeteyfio was, however, very grateful for the support he had received and said he was even bewildered. “It never crossed my mind that things will turn out this way because I only prayed in my room when the landlord was demanding his rent and I didn’t know how to pay because I had nothing.

“Usually, when someone wants to interview me, he calls me first and we book an appointment but with this one, I was in my room when we heard knocks at the gate so I asked my son to check who it was and he said some people were here to interview me so we let them in.

“There is a saying that when you are sick and you don’t sell your sickness you may not get the cure so I told them the situation I was in, we spoke for about an hour and a half and the result is what we are seeing today.

“I heard that the Vice-President had heard about my plight and wanted to see to my situation and I was very surprised. This same guy who came to interview me called again to say he will pass by so I was wondering if he didn’t get enough information the first time but apparently he had been sent by the Vice-President.

“He said the Vice-President would have loved to see me himself had it not been for the fact that he had lost his mother at the time so I spoke on camera and saluted and thanked the Vice-President for his generosity and kindness and I must say it blew my mind but I was thankful and I’m still thankful to him.

“Before then I had received a call from the office of the Chief of Staff which said they were going to send me mobile money and they sent me GH¢4,000 and now the Greater Accra Regional Minister too. I also had individuals calling and donating right away. Let me say that I have come to believe in the Scripture that we should acknowledge God in all our ways and He will direct our path.

“I always tell people that if you have a problem, talk to your Heavenly Father in private and He will grant you your heart’s desires. I am still bewildered because I had no idea at all that things were going to turn out this way,” he stated.

Reacting to comments that he did an advert for an insurance company about how to save for the future so it is ironic that he is suffering now, he said he was not paid much for that role.

“Do you know how much I was paid for that advert? I was very broke at the time so I called a friend and asked if there was any job. He said there was but it was way below me but I insisted that I would do it so the initial budget for my role was GH¢300 but when their boss realised that I was the one doing it they increased it to GH¢500.

Psalm Adjeteyfio hinted that in all his acting career no one had paid him GH¢2000 before. “No producer or director has paid me GH¢2,000 before. In our time, we were not paid that much and if you insisted on being paid well, you would be blacklisted, no one will call you.”