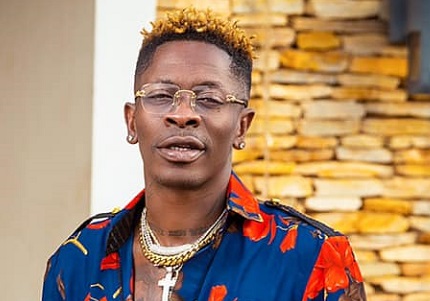 Three days after he was granted bail for publication of false information, Dancehall artiste Shatta Wale has revealed that he feigned his gun attack because God asked him to.

In a series of posts on his social media pages on Friday, October 29, Shatta Wale said in one of the posts that God asked him to sacrifice himself for a change in how religious leaders publicly announce death prophesies.

The post read, “All those that felt bad about the whole situation, I want to say am sorry ok. I had to do that sacrifice cuz God told me to 🙏🏻…Will you forgive me now so we move to GOG and start jamming😂” 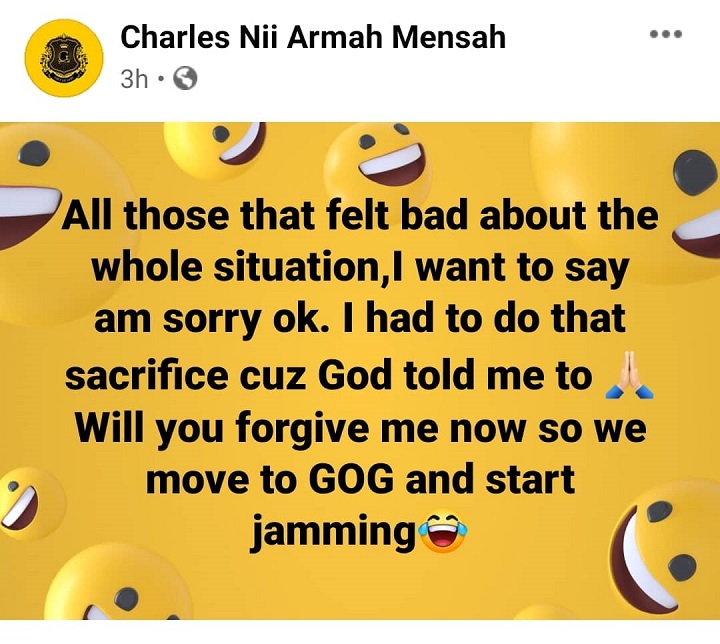 Shatta Wale also thanked the Ghana Police Service and the IGP, George Akuffo Dampare saying, “Now that you have forgiven me can you say thank you to IGP GhanaPoliceService for calling all the religious leaders to caution them. Please clap for him🥂”

That wasn’t all, the Chop Kiss hitmaker also asked his fans and all who got hurt by his actions to forgive him.

Real name Charles Nii Armah Mensah, Shatta Wale was on Tuesday, October 19, 2021, arrested when he turned himself into the police after he was declared wanted for faking that he had been shot by unknown gunmen on Monday, October 18.

A series of Snapchat posts by his Personal Assistant known as Nana Dhope said the shooting happened at East Legon and Shatta Wale was being treated at an undisclosed hospital.

The police, after investigations, revealed they could not find the Dancehall King artiste after a thorough search and could also not find any evidence that he had been shot.

He was processed before court and remanded for a week before being granted self-recognisance bail of GHc100,000.

Meanwhile, the My Level singer is expected to appear before an Accra Circuit Court on Tuesday, November 9, 2021.

Police arrest Shatta Wale and 2 others for publishing false information