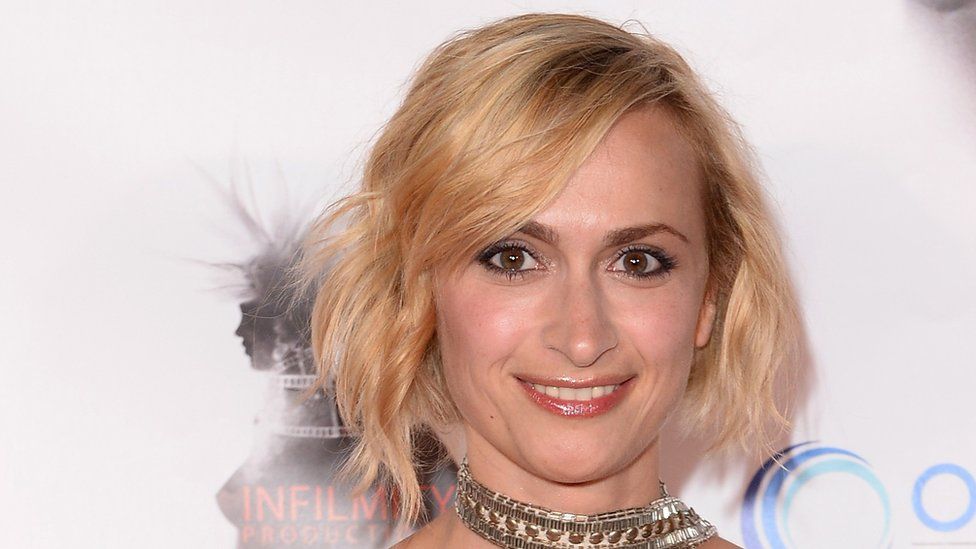 Hutchins was a "wonderful mother, first and foremost", a former colleague told the BBC
30.5k Shares

Alec Baldwin was handed a gun with a live round in it on a film set in New Mexico, the local sheriff has said.

Authorities have recovered some 600 pieces of evidence related to the investigation, including three firearms and 500 rounds of ammunition.

No arrests have been made or charges filed so far in the investigation.

Speaking at a news conference on Wednesday, the Santa Fe County Sheriff, Adan Mendoza, made clear that the investigation was still in its early stages, and many more interviews still need to be done, including with Mr Baldwin, who he said is cooperating with authorities.

The sheriff told reporters there were up to 100 people on the set of the Western film, called Rust, when the shooting happened, and that everyone would be questioned.

"I think the facts are clear - a weapon was handed to Mr Baldwin. The weapon is functional and fired a live round killing Ms Hutchins and injuring Mr Souza," he said.

The sheriff added that a "lead projectile" was recovered from Mr Souza's shoulder and handed over as evidence, as was the firearm, which was fired by Mr Baldwin, and the spent shell casings.

He said other live rounds of ammunition may have been on the Rust set, but they are yet to be tested in a crime lab.

Of the recovered 500 rounds of ammunition, there was "a mix of blanks, dummy rounds and what we are suspecting is live rounds", Sheriff Mendoza said.

"Right now we're going to determine how those got there, why they were there - because they shouldn't have been there," he added.

He confirmed that two other people handled the gun before it was given to Mr Baldwin: the armorer Hannah Gutierrez Reed and the film's assistant director Dave Halls.

Court records say Mr Halls reportedly called out "cold gun" as he handed over the weapon, meaning it had no live ammunition. The documents said he did not know there were live rounds in the firearm.

The three firearms seized by authorities include the gun used in the fatal shooting, plus a weapon that the sheriff said appeared to have been modified, and a plastic, non-functioning revolver.

When questioned about whether anyone may face criminal charges, Santa Fe district attorney Mary Carmack-Altwies said it was far too early to say, but "all options are on the table at this point... I do not make rash decisions and I do not rush to judgment."

Ms Carmack-Altwies told reporters there is no precedent in New Mexico for this kind of case. "It is a complex case, it will require lots of legal research, analysis and review," she said.