Violence against women must be checked 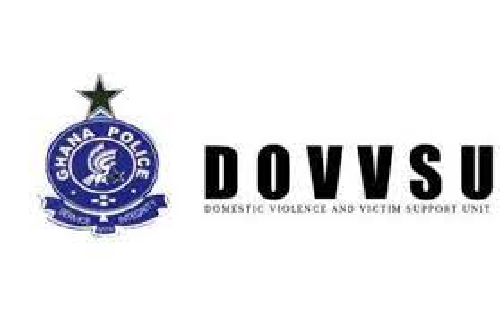 The Domestic Violence and Victims Support Unit (DOVVSU) of the Ghana Police Service has described the incidence of gender-based violence (GBV) in the country as worrying.

About 1,500 cases of violence against women and children are reported to the law enforcement agencies annually and DOVVSU considers the rate alarming, hence the need to end the canker.

Although GBV affects both men and women, the victims are overwhelmingly female, with more women experiencing violence in their intimate relationships than men.

Women suffer more because they are always considered weak, vulnerable and in a position to be exploited.

Official figures show high proportion of women who have ever experienced physical or sexual violence or both by an intimate partner.

This is why the Daily Graphic is equally worried about the development and is prepared to partner any institution or body with like minds to fight it.

Our resolve stems from the fact and knowledge that domestic violence has a lot of implications and can undermine national development.

We believe that it is a burden on numerous sectors of the social system and quietly, yet dramatically, affects the development of a nation.

Domestic violence can simply be described as the power misused by one adult in a relationship to control another.

It is a pattern of coercive control that one person exercises over another and it is the establishment of control and fear in a relationship through violence and other forms of abuse.

It can take the form of physical and sexual violence, threats, emotional insults and economic deprivation, as the abusers use these as a way to dominate their victims and get their way.

The Daily Graphic believes that domestic violence is a major contributor to the ill-health of women and also has serious consequences on women's mental and physical health, including their reproductive and sexual health.

These include injuries, gynaecological problems, temporary or permanent disabilities, depression, suicide, among others.

The fact is that violence does not only cause physical injury; it also undermines the social, economic, psychological, spiritual and emotional wellbeing of the victim.

The physical health consequences of domestic violence are sometimes obscure, indirect and emerge over the long term.

For example, women who were subjected to violent attacks during childhood are bothered by menstrual problems and irritable bowel syndrome later in life.

Such children are more likely to use violence in school or the community in response to perceived threats, attempt suicide, use drugs, commit crimes, especially sexual assault and more likely to become abusers in later life.

Economic dependence has been found to be the central reason many women cannot leave relationships in which they are abused.

Some women too do not adopt the option of separation or divorce due to deep-rooted values and culture. They also fear the consequences of reporting violence and declare an unwillingness to subject themselves to the shame of being identified as battered women.

Lack of information on alternatives also forces women to suffer silently within the four walls of their homes.

The Daily Graphic thinks that the failure of women to report such cases emboldens men to continue to perpetrate such crimes and also makes it impossible to fully investigate such cases and prosecute the suspects.

We expect the law enforcement agencies to deal with this canker; but without information they cannot play their role effectively.

DOVVSU has indicated that majority of GBV cases are not reported, and we find this a dangerous development, as the perpetrators walk about freely and continue in their evil ways.
The Daily Graphic, therefore, encourages victims to come out in their numbers to report their ordeals and cooperate with the law enforcement agencies to bring the perpetrators to book.
We believe that GBV is a threat to Ghana’s development strides and all efforts should be made to ensure that such heinous crime is eradicated from our society.