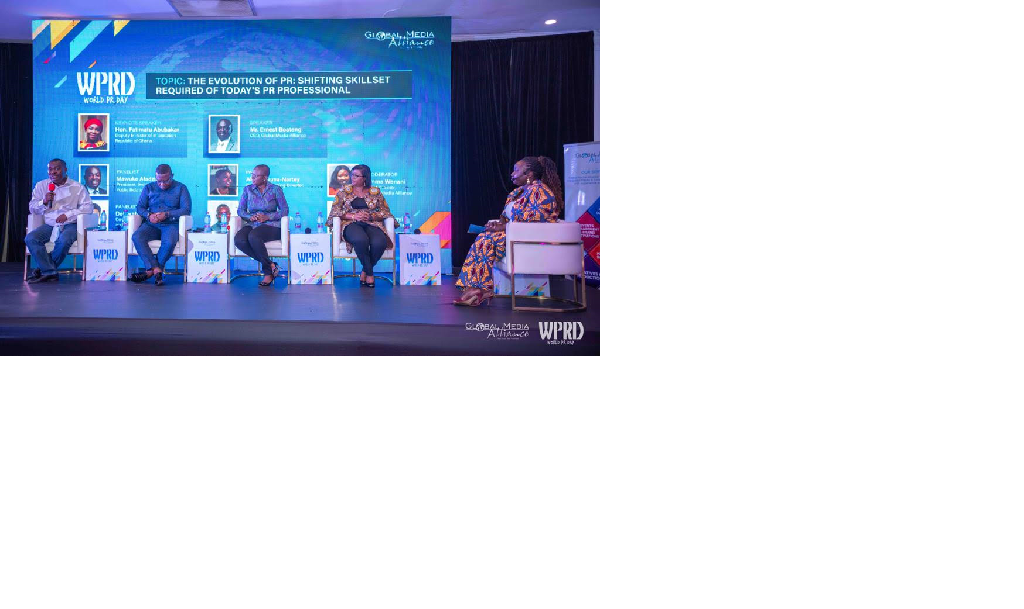 The Lead Consultant for Komskraft Consult, Gayheart Mensah, has called on leaders, especially political leaders, to adopt truth, trust and transparency in the conduct of the affairs of the country to aid in its transformation.

Mr Mensah was reacting to a question on how the e-levy had failed due to improper PR at the maiden thought leadership event organised by the Global Media Alliance to mark World PR Day (WPRD).

Observed on July 16 globally as part of efforts to reposition the PR profession, it was held on the theme: “The Evolution of PR: Shifting Skillset Required of Today’s PR Professional.”

It brought together PR practitioners, academia, policymakers and communication experts to reflect on the critical role of PR in institutions and the nation.

Some PR and communication experts at the event included the Chief Director for GMA, Emma Wenani; the President of the Institute of Public Relations (IPR), Mawuko Afadzinu, the Regional Director for Ogilvy Africa, Akua Owusu-Nartey, and the Corporate Communication and Public Affairs Manager of Nestle Ghana Limited, Deborah Kwablah.

“If we had applied the three Ts the debate about where we are as an economy and how we got there would not have come up. Truth, trust and transparency would have helped us to build that consensus that I believe the current hang parliament of the political structure of this country is facing; a situation that requires openness and mutual trust and if we are able to do that we will be able to move this country forward in truth, trust and transparency,” he said.

He explained that there were still some people who did not see the real value of PR in communities and in governance, adding that “we believe that this World PR Day event, which will be an annual activity, will ignite industry conversations on how relevant and important the use of PR and proper communication tools are to our society especially in Ghana and the world at large.”

In her keynote address, the Deputy Minister of Information, Fatimatu Abubakar, said the government over the years had ensured that trust, truth and transparency were adopted in its sustainable development.

She said the government was committed to creating a high level of openness in its governance, adding that “we have to work together to ensure public trust and establish a system of transparency, public participation and collaboration.”

She urged all PR professionals in the country to uphold professionalism, honour and respect in the discharge of their duties.