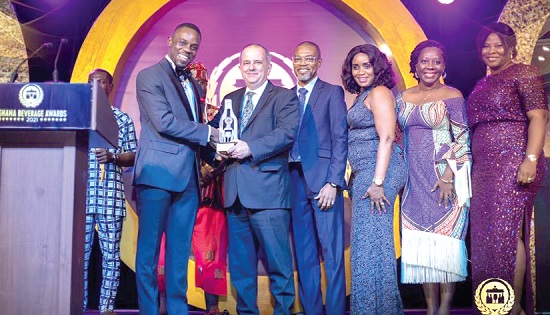 The Corporate Affairs Director of Coca-Cola Bottling Company of Ghana, Bethel Yeboah, has appealed to corporate institutions to support the government to mobilise sufficient revenue to accelerate the country’s development.

He further advised the company’s distributors and business partners to cooperate with the Ghana Revenue Authority (GRA) and the government at large to implement the Electronic Transactions Levy (E-levy).

Mr Yeboah said Coca-Cola was willing to play its role in ensuring that the levy, which implementation takes effect from May 1, was executed successfully.

He maintained that while increased revenue generation through policies such as the E-levy could raise the cost of business operation, more money was needed to prosecute the national agenda.

He told the Daily Graphic in an interview on April 9, 2022 that sufficient revenue would help to stabilise the economy from the effects of the COVID-19 pandemic, which was a prerequisite to creating an enabling environment for businesses to triumph.

Consequently, Mr Yeboah said it was in the interest of businesses to support the government to mobilise the needed revenue.

The Corporate Affairs Director of Coca-Cola made the appeal when he was commenting on the E-levy on the sidelines of the 2021 Ghana Beverage Awards held in Accra over the weekend, where the company won three awards, including the coveted Product of the Year award.

While acknowledging that the levy, which seeks to exact 1.5 per cent of daily electronic transfers above GH¢100, had divided public opinion, Mr Yeboah said his outfit saw it as an avenue by the government to raise revenue.

“There has been conversations for and against but what we want to say at this moment is that whatever it will take for all of us to contribute for government to raise revenue, let us do it. If it is a payment platform, so be it,” he said.

In spite of the strong reservation against the tax, it was approved by Parliament in March, paving the way for the GRA to start collections on May 1.

Mr Yeboah said with the levy now a law, businesses such as his, and their partners would have to comply with it.

“As much as possible, we will cooperate and where there are genuine issues of concern, we will expect the government to listen to us too. Together, let us see how we can address the issues facing us as a nation,” he said.

Commenting on the company’s latest product, the Coke Zero, Mr Yeboah said the initial one was withdrawn after research proved that consumers wanted to have the ‘Coke’ taste in the sugar free version.

He said the one introduced last month met that requirement and further expressed the hope that consumers would be excited about the taste.

He said sales were already doing well as more people realised that they could have the original Coke taste in a sugar free Coke.