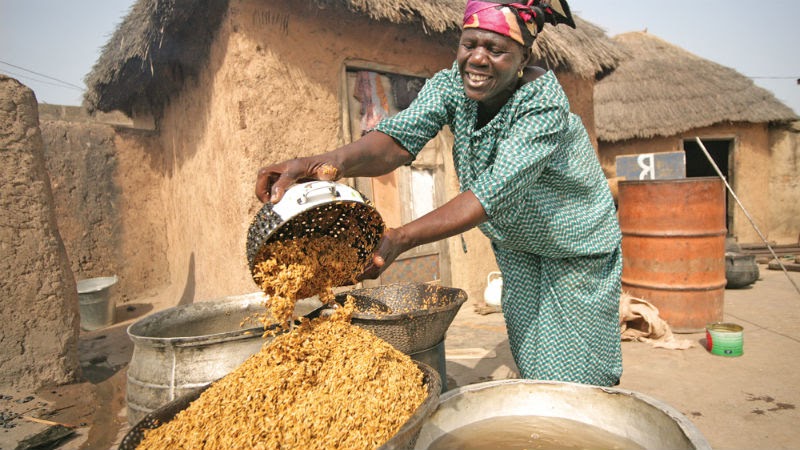 Reports say that women are more likely to be food insecure than men in every region of the world
30.5k Shares

A new study on ‘Gender Inequalities and Food Insecurity’ has recommended increased national public investments in agriculture in developing countries.

It said governments of those countries should increase such investments with a focus on both male and female smallholder farmers and should include specific line items in their agriculture budgets to support women farmers.

The study by OXFAM International noted that funding targeted at women in agriculture was insignificant compared with other official funding.

It said such public disinvestment opened the door to other actors, such as the private sector, which had taken a ‘business as usual’ approach and made gender equality in agriculture a low priority at best.

“Especially in light of climate change and increased conflicts, failing to address the structural causes of the food price crisis has put women even more at risk on all dimensions of food security,” it said.

Because agricultural gender inequalities remain strong, women farmers are particularly at risk of hunger, especially when crisis strikes. On average, rural women account for nearly half the agricultural workforce in developing countries.

Women are vulnerable on all dimensions of food security: availability, access, utilisation and stability. They suffer the most from macro- and micronutrient deficiencies, especially during reproductive years, with long-term negative development impacts for society as a whole.

However, women farmers who control resources generally have better-quality diets.

In order to start tackling the above challenges, OXFAM recommends that governments ensure that women farmers’ associations and women’s rights organisations are able to participate in budget decision making.

It said African governments should make meeting and then exceeding their Comprehensive Africa Agriculture Development Programme (CAADP) pledges on allocating 10 per cent of national budgets to agriculture a top priority.

“These budgets should emphasise public investment rather than recurrent spending such as salaries for public officials,” it stated.

Further, it said developing country governments should adopt national policies that prioritised food production and discouraged the diversion of farmland to large-scale production of crops for export and biofuels.

It also added that governments should facilitate the participation of civil society, farmers’ organisations and women’s organisations in the development and governance of food reserves.