How my career evolved - Story of Ivan Quashigah 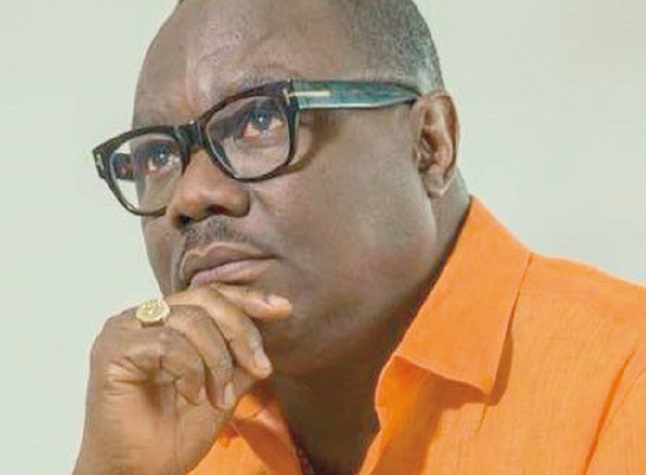 How my career evolved - Story of Ivan Quashigah Follow @Graphicgh

He is well known for producing and directing the award-winning television series - Things We Do for Love and recently, Yolo.

His works in film has won him both local and international awards, with his current TV Series, YOLO – ‘You Only Live Once’ wining seven out of eight awards at the Ghana Movie Awards in 2016.

One of the significant things I did when I was young was that whenever there was a cinema show, we will go and negotiate with the promoters, take the board and go out to advertise the show for them. Click to Tweet

This week on Springboard, Your Virtual University, the Host, Rev. Albert Ocran explored the story behind Mr Quashigah’s story.

Mr Quashigah shared the story of how growing up in an area that was the entertainment hub for the community honed his love for film making and advertising and how he used to advertise film premieres with bells to get to watch for free Commenting on how it all began, he said his love for film dated far back to his early childhood at Keta in the Volta Region.

“I was born at Keta and incidentally, our house was next to a cinema house and at the time I was growing up, they had closed it down. But across the road was another cinema.

“The area that we stayed was the entertainment hub of the town so we saw lots of concerts, plays and films which meant I was very close to what I will later grow up to become at an early age,” he stated.

Mr Quashigah noted that he also picked up his advertising skills at an early age at Keta.

“In return, we will be allowed to watch the show for free as payment,” he noted.

He said after watching each film, on their return home, he together with his friends would attempt to retell the story in the film, using paper cuttings, card boards and broom sticks.

“We also created our own posters that there will be a film show in our house and all the young people in the neighbourhood will come and watch.

“When they come, we take gate fees which included ‘bofrots’, sugar cane among others,” he narrated.

Mr Quashigah also pointed out that he, together with his uncles, used to organise jams for the community.

“One of my uncles had a sound system so we will go and rent a place and do jams. My job was to write the posters so I was already doing advertising there,” he said.

He said he was also acting in plays while in junior high school, which helped further develop his love for film making.

“I used to come to Accra a lot for holidays so I would watch Thursday theater and pick learnings from that and deploy those into the plays we were acting back in school. So I was left to add my own creativity to plays.

“The headmaster became my mentor and was teaching me poetry and a lot of things. I wanted to impress him so I was always going to the library to read new things and that was what grounded me in wanting to continue reading,” he recounted.

He said he met one Mr Ato Yaney, who later introduced him to film making and that was how the story begun.

One of the significant things I did when I was young was that whenever there was a cinema show, we will go and negotiate with the promoters, take the board and go
out to advertise the show for them.