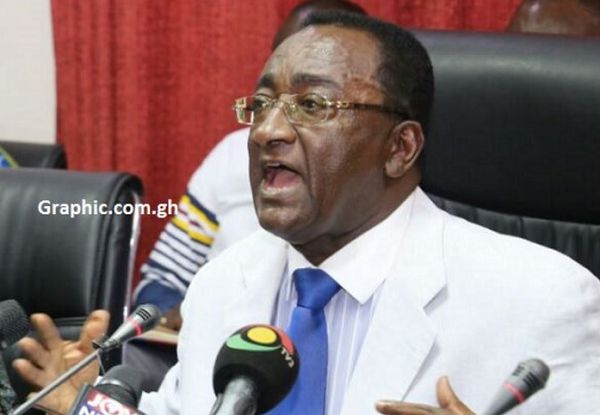 Mr Steven Van Caekenberghe, the Sales Manager of Intraco Limited, a leading European producer and supplier of feed concentrate, has called for measures to reduce the relatively high cost of maize, particularly, yellow maize, to enable poultry farmers in the country to reap from their labour.

He stated that the high cost of maize was a challenge to the poultry sector because it resulted in what they described as an astronomical increase in the price of feed production which eventually ate into the profit of the poultry farmer.

Mr Van Caekenberghe made the observation at a sensitisation workshop for poultry farmers in the Sunyani area of the Brong Ahafo Region.

He, however, identified relatively high cost of maize, particularly, yellow maize in the country as a challenge to the sector because it eventually raised the cost of feed production which constitutes the chunk of the entire poultry production cost. Again, he said the phenomenon made local farmers less competitive.

The sensitisation workshop was organised by Fontanaba Limited, a local distributor of poultry inputs during which Intraco and Poultec Poultry Technology respectively launched their animal feed concentrates and poultry products.

Mr Van Caekenberghe described potential in the country’s poultry sector as huge and gave his company’s commitment to produce the quantities of concentrate needed by the poultry farmers in order to reduce the cost, as well as the import bill on frozen chicken.

He indicated that there was no standard solution to the optimal feeding of the livestock”, explaining that “its needs are largely determined by the local climatic conditions, availability of raw materials, local prices and infrastructure,”.

Mr Van Caekenberghe said Intraco, which is a Belgium company, had specialised in the area of the poultry sector of countries based on available local raw materials and existing technical infrastructure.

He stated that the company’s nutritionists were equipped to produce specific feed to meet individual countries requirements and also support farmers with complete diet solutions for their birds.

Mr Rockson Ayim, the Chief Executive Officer of the Fontanaba Limited, organisers of the sensitisation workshop, called on the government to be bold to impose a complete ban on the importation of frozen chicken into the country.

He said although such an action would result in initial shortage of chicken products in the country, it would also urge poultry farmers to increase their production to meet the demand of the market.

Mr Ayim also appealed to the government to come out with a flexible loan scheme for poultry farmers to enable them to expand their infrastructure and increase production.

The Chairman of Sunyani Poultry Farmers Association, Mr Charles Korang, advised farmers to adhere to best farming practices to enable them to obtain maximum benefits from their operations.