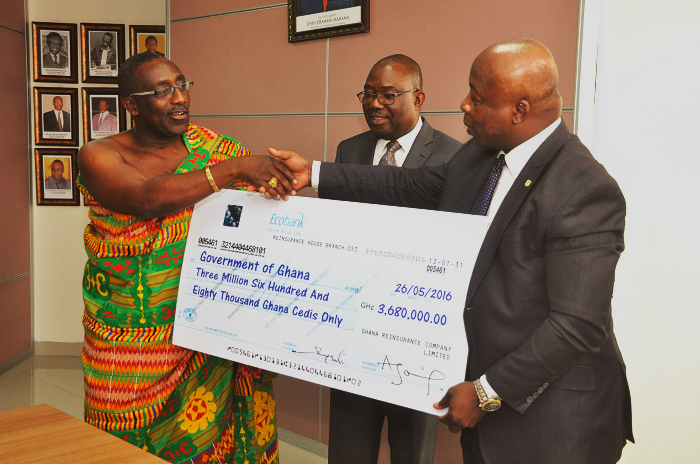 The increment in gross premiums, from the GH¢104.39 million recorded in 2014, was influenced by a corresponding growth in premium incomes from the company’s life and general businesses.

Notwithstanding the strong growth in premium income in the year, the company’s net profit fell by 33.39 per cent.

The company’s Board Chairman, Nana Ansah Sasraku III, blamed the decline in net profits on the June 3 disaster, which drained the company of GH¢43 million in claims.

Insurance companies have so far paid over GH¢335.7 million in claims to victims of the flood and fire disaster, which claimed the lives of over 150 people mid last year.

But for the incident and its impact on Ghana, Nana Sasraku III said, the performance of Ghana Re would have been better.

Despite the decline in net tax profit, the company paid a dividend of GH¢3.368 million to its shareholder, the government of Ghana.

Going forward, the board chairman said Ghana Re would continue to improve its performance through the injection of fresh capital.

He was confident that the company would take advantage of the local market utilisation directive and domesticate classes of businesses introduced by the industry regulator, the NIC, to grow its premium income on the local front.

“Additionally, customer loyalty will be enhanced through continuous technical capacity building for our customers,” he said.