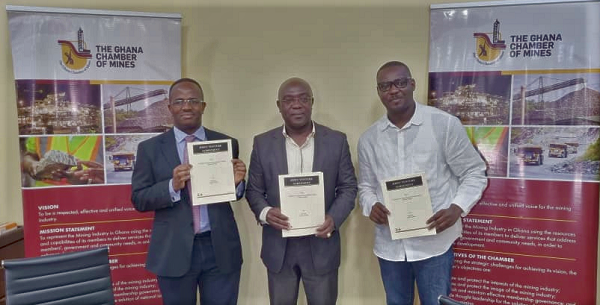 In a bid to take advantage of the $7.5 million activated carbon market, the University of Mines and Technology (UMaT) has entered into a joint venture (JV) agreement with Zaacoal Company Limited to produce activated carbon for the mining industry in Ghana.

The agreement would see Zaacoal Limited producing the first activated carbon in large quantities locally, using a technology designed and developed by UMaT.

The Vice Chancellor of UMaT, Professor Richard K. Amankwa, signed on behalf of the university, with the Chief Executive Officer of Zaacoal, Sulley Amin Abubakar, initialling for his company.

The signing follows engagements between the two parties which were first initiated by the Ghana Chamber of Mines.

Speaking at the signing ceremony in Accra, the CEO of the Ghana Chamber of Mines, Dr Sulemanu Koney, said the mining industry in Ghana alone imported about $7.5 million worth of activated carbon annually.

He said the chamber was, therefore, excited by the agreement as it would help save the country of the amount used in importing the product, while at the same time creating jobs.

“We are excited because we at the chamber have been on a journey on how we can use the mining industry for broad-based socio economic development. There are various opportunities within the supply chain of the mining industry which we believe we have the capacity to do rather than importing,” he stated.

Dr Koney noted that because the chamber was a research-based institution, it had been scanning the environment to see where it could find opportunities in the mining industry.

“As part of scanning the environment, we stumbled on Zaacoal a few years ago and we made contact, had conversations, and visited. On the back of that singular visit and the buy-in of Zaacoal, we all had a vision around how we can transform what they are doing into a useful product for the mining industry.

“Activated carbon is a major input in the gold production process and the preferred material used is coconut husk which is carbonised and subsequently activated. Zaacoal is in the business of producing carbonised coconut shells for various clients so we had a conversation to see how we can marry them to UMaT to produce activated carbon which is a two stage process,” he explained.

Dr Koney pointed out that the real market size of activated carbon could be in excess of $7.5 million, as this figure was only for the mining industry.

“The real market size will be in excess of $10 million because we all know that activated carbon is used in other industries as well.

Also, in the whole of West Africa, there is no company producing activated carbon for the mining industry and practically everything is imported. Because West Africa is a major frontier of mining in the world, you will expect that Zaacoal and UMaT will have a look into that market as well,” he stated.

The Vice Chancellor of UMaT, Professor Richard K. Amankwa, said the university had conducted a lot of research into the country’s mining industry and was, therefore, looking forward to commercialising some of them.

‘We have people in UMaT who are in the small scale mining space and bringing about improvement in technology. We have over the years been seeking commercial institutions to partner us to increase value addition in our space and today we are here to celebrate some kind of marriage which would lead to the commercialisation of research.

“In a university, we are supposed to create new knowledge and when we do this, it sometimes become very innovative and can be commercialised and that is what we are seeing today,” he stated.

The CEO of Zaacoal, Sulley Amin Abubakar, said the agreement would be of immense benefit to the local mining industry.

He said Zaacoal Limited, through the partnership, was going to produce about 15 tonnes of activated carbon per hour to feed into the operations of the mining companies.

He praised the CEO of the Chamber of Mines for facilitating the partnership, indicating that his efforts to see the production of activated carbon in the country would go a long way to benefit other industries that used the product.