E-Levy discussions to be reignited next week 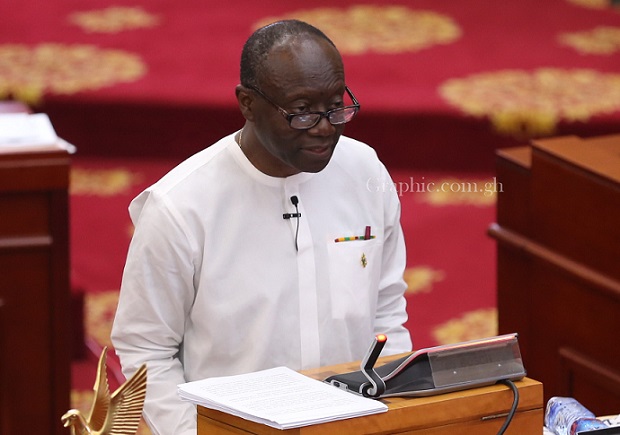 Discussions on the controversial electronic transactions levy (E-Levy) will regain national attention from January 18 onwards after discussions on it took backstage when Parliament went on recess.

When the ninth session of the 8th Parliament reconvenes on that Tuesday, it is expected that the processes to approve the E-levy bill will take centre stage in the House that opened and ended last year with the ignoble spectacle of open fights.

The Yuletide became the timely coolant on the heat that the bill’s passage generated in Parliament, leading to an abrupt halt of the processes.
Given that the government had expected the tax to take effect in February and accrue about GH¢6.9 billion in revenue over the next 11 months of 2022, it is obvious that the bill will be one of the items to be considered by Parliament in the first days of sitting.

That should set off public discussions on the impact of the 1.75 per cent on electronic transactions on the citizens and the economy and political manoeuvrings on how to court consensus on an issue that has sharply divided the 275-Legislature and the country as a whole.

With still no signs of compromise from either the ruling New Patriotic Party (NPP) and or the opposition National Democratic Congress (NDC), indications are that each side will return to the House next week with enhanced strategies on how to undo the other as far as the processes to pass the bill into law is concerned.

The bill, when passed into law, seeks to impose a 1.75 per cent charge on all electronic transfers of funds, including mobile money (MOMO).

The process to pass the law was halted in the dying days of sitting of the 8th Parliament and now due to be retaken upon their resumption.

Both sides of the 275 House, separated only by an Independent MP, have openly spoken about the bill, with NPP members describing it as a necessity for burden sharing while the NDC MPs say it is a recipe for increased hardship on the populace.

The expression of their disagreements took a new low on the dawn of December 21 when MPs exchanged blows in the Chamber in an attempt to protect their interest on the levy.

The punches and open fisticuffs were the fourth and final in series under a year that opened the first time when the country’s Parliament had been equally divided among two political parties.

Both parties have 137 MPs. The tie-breaker, the MP for Fomena and now Second Deputy Speaker of Parliament, Mr Andrew Amoako Asiama, is a former NPP member who has chosen to do business with the party in the current Parliament.

Just like the political parties, experts are sharply divided on whether or not the levy should pass.

Renowned economist and senior citizen, Mr Kwame Pianim, has described it as anti-technology.

He said “mobile money has brought financial inclusion to people in the villages who cannot go to the bank and open a bank account.”

According to him, a little bit more consultation would have shown the government that it was a no go area.

An Associate Professor of the Department of Economics at the University of Ghana (UG), Professor Eric Osei-Assibey, however, described it as a necessary evil and further rallied the citizens to support it.

He said the country was in a fiscal quagmire that required that the citizens shared a part of themselves to help address the situation.

“The current fiscal situation of the government is nothing to write home about because we have debt to Gross Domestic Product (GDP) hitting almost 80 per cent, huge risk to fiscal sustainability and macroeconomic stability but if the government is unable to finance these debts and get money to invest in infrastructure, among others, it will work against the economy,” he said.

While supporting the levy, he said the 1.75 per cent was on the high side and should, therefore, be reduced.