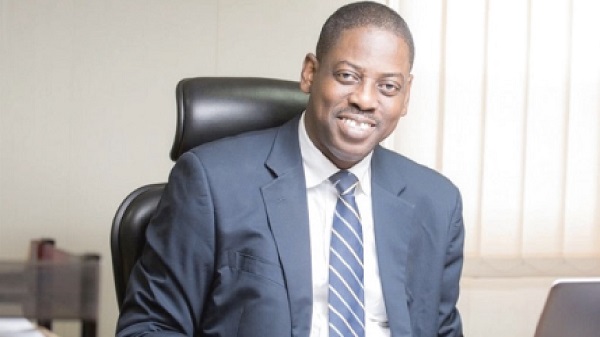 The Securities and Exchange Commission (SEC) has validated GH¢1.08 billion claims put in by clients of 22 fund management companies (FMCs).

The securities industry regulator explained that the government bailout for the clients would now cover the entire validated claims and not a capped amount.

This follows the engagement between SEC and the Ministry of Finance, which agreed to cover all payments due the clients as per amounts validated.

In a statement issued last Wednesday evening, the SEC further clarified that clients of 22 companies against whom the official liquidator (OL) had secured orders would form the first batch to receive payments, while another petition was pending in court to secure orders for the second batch, which would cover clients of about 28 FMCs.

“We wish to assure all affected clients that the government bailout package is all-inclusive, provided claims have been validated and liquidation orders secured.

“The SEC reiterates the fact that there is no plan to exclude any group of customers, and as indicated in our last press release, the roll out of the government’s bailout will be done in phases,” the statement, signed by the Director-General of SEC, Rev. Daniel Ogbarmey Tetteh, said.

The SEC also indicated that the OL would communicate details of the payment process to affected clients, starting this month.

It stressed that although the government had agreed to pay clients, the move would strictly be based on the completion of validation and the securing of liquidation orders, saying: “It is, therefore, a question of timing and nothing else.”

The SEC’s approach to the revocation and settlement of clients is different from what the Bank of Ghana (BoG) used after revoking the licences of nine banks and many savings and loans companies.

It said the BoG used the Receiver pathway, as provided for under the Banks and Specialised Deposit-Taking Institutions Act, 2016 (Act 930), with very clear powers assigned to the Receiver so appointed.

The Securities Industry Act, 2016 (Act 929), it added, did not provide the SEC with the power to place failed FMCs under receivership.

“The legal option available to the SEC, where the licence of a fund manager is revoked, is to provide information for the process of liquidation, which will legally transfer the assets and liabilities of the company,” the SEC said.

“It is only after the appointment by the court that the Registrar-General is empowered to take possession and control of the assets and liabilities of the failed market operator.

“It is at this point of taking possession and control of the assets and liabilities that affected clients’ claims can be processed by the OL,” it said.

Considering that the liquidation process could be long and protracted, sometimes over two decades, the government was motivated to step in with a bailout package to protect the affected clients of the 47 (three out of the 50 FMCs have no investor claims) FMCs that would be going through the liquidation process.

The regulator indicated that in line with the law, it took immediate steps to secure the assets and liabilities of the firms whose licences were revoked by authorising persons to enter premises, search and make copies of records and close down or secure premises.

After the granting of the liquidation order under Section 4 of the Bodies Corporate (Official Liquidation) Act 1963, (Act 180) and Section 170 of the Corporate Insolvency and Restructuring Act, 2020 (Act 1015), the OL was now mandated to take over the assets and liabilities (including claims from clients) of the affected companies.

Among other things, the OL will invite all creditors of the affected firms to file claims.

The statement said in the case of FMCs, since the SEC had arranged for clients to file claims, which had been validated subsequently, the OL would take over the validated claims to use in the liquidation process, adding that notices were already out inviting claims from creditors.

The SEC explained that the liquidation orders were given to the OL and not the SEC, hence liquidator would be driving the process, going forward.

Responding to assertions by the promoters of Blackshield Capital Management Limited (formerly Gold Coast Fund Management Limited) and some of its customers, the SEC said it did not issue a public notice in 2017 directing that the SF product be discontinued but rather held a meeting with the executive management and board members of securities market operators in June 2018.

At that meeting, it reminded them that the practice of offering guaranteed returns to clients was illegal, and that SEC was going to enforce an earlier directive issued in 2014.

It said the company started having issues with payments in 2018, with 153 complaints, valued at GH¢147 million, lodged, representing 25 per cent of total complaints received at SEC.

In 2019, some 1,161 complaints came in from Blackshield clients (representing 52 per cent of total complaints received), valued at GH¢782 million.

The SEC statement said it obtained payment plans for some of the investors, but Blackshield did not adhere to most of them, resulting in wide media reportage last year before the revocation of its licence.

The regulator said the court actions started by Blackshield were responsible for its exclusion from the first batch and, therefore, urged the company to help accelerate the pace by giving credence to its statement of readiness to work with SEC.

“In terms of the liquidation order, the pace will be accelerated if Blackshield gives credence to its statement of readiness to work with SEC for the inclusion of its clients in the government bailout package as soon as possible by considering the adverse effects its (Blackshield) actions are having on investors all over the country,” it indicated.

It said having admitted that it did not have the resources to pay investors, Blackshield must take genuine and sincere steps to back its commitment to see its customers paid through the government bailout.

The Secretary of the Coalition of Aggrieved Customers of the Collapsed 50 FMCs, Mr Joseph Aryeetey, in an interview with the Daily Graphic, said SEC’s arguments were baseless.

He said Blackshield had agreed that if there were any abnormalities with regard to the payment of its customers, it was ready to hold an engagement with the regulator to resolve the issue.

“All this back and forth on this issue is not necessary and if the decision is to hold on with our payment, then we are not going to agree; we are ready to engage with SEC to solve every problem,” he said.

He noted that the state had not been fair to them.

For instance, Mr Aryeetey said “yesterday, we picketed at the Ministry of Finance and some of our people were arrested. If the state really cares about our situation and understands our desperation, then what would warrant such an arrest?”

He said the group was not going to relent in its effort until all customers had received their payments, adding that anything short of that would result in a series of demonstrations and other activities to voice out their pain.