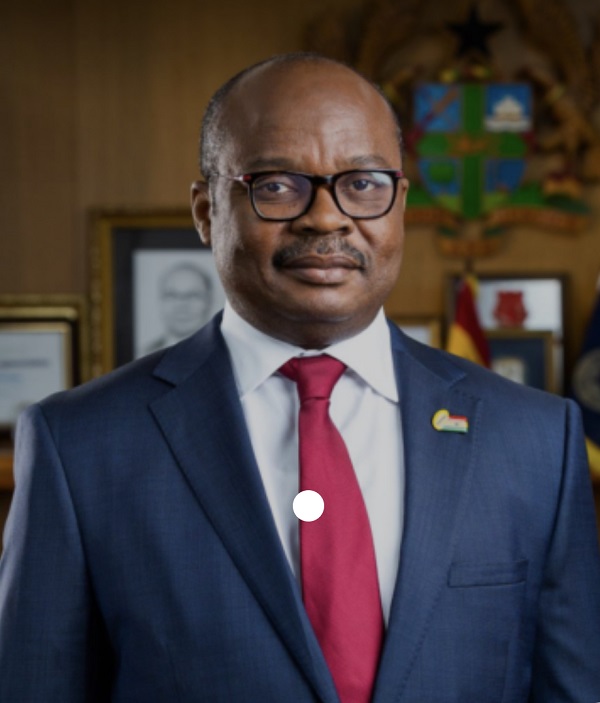 The citizens, mostly inhabitants of the predominantly farming community, are the privileged few chosen to pilot the use of the electronic (e) Cedi that the Bank of Ghana (BoG) is staking its odds on to help expand financial inclusion and drive up digitalisation.

The Governor of the BoG, Dr Ernest Addison, said on May 30 that the pilot phase was taking place offline as part of efforts by the bank to use the central bank’s digital currency (CBCD) to spur financial inclusion.

Dr Addison said at the Chief Executive Officers (CEOs) Summit in Accra that the central bank deemed it necessary to test an offline version of the eCedi “that can be used for consecutive payments between individuals and merchants, where there is no connectivity infrastructure, just like cash.”

The pilot phase marks a historic milestone in the country’s march towards rolling out a digital currency.

Experts say the successful deployment of the eCedi would augment the government’s digitalisation agenda, foster financial inclusion and consumer adoption of digital payment as well as reinforce the future role of the BoG as an active regulator and facilitator of a digital economy.

The BoG also touts it as an avenue to foster the possibility of a more secure, efficient and resilient payment system and address the risk of unregulated privately issued digital currencies or virtual assets.

The Governor said at the event that the project presented a unique opportunity to design a technological representation of a fiat currency that would drive the financial sector digitisation further and also facilitate the government’s inclusive digital transformation programme.

Dr Addison said digitising the offline transactions of rural and frontier households held the key to creating the necessary market linkages that could result in access to finance in future.

“So far, the usage and uptake of the offline version of the eCedi is being piloted in a small town called Sefwi Asafo in the Western North Region.

“Select users in that community have been using the eCedi for daily purchases such as for food, grocery and drinks,” the Governor said.

The Governor said the central bank would continue to work with these users to obtain the critical usage data that would inform the decision about the eCedi's future after the pilot.

“These are clearly landmark events in providing digital leadership with the payment systems, to lead to a digitised economy in the near future,” he added.

He said development of the digital currency and the pilot were done in partnership with G+D Technology,

Discussions on the need for a digital currency started in 2021, when the BoG disclosed its intentions to introduce an eCedi in line with global practice.

The bank said in the eCedi design paper issued earlier this year that from the point of the CBDC taxonomy, the digital Cedi (or the eCedi) is a retail token-based CBDC.

“This is a value-based approach that implies an eCedi that represents a token or a digital value note.

The Governor said the bank would continue to use regulation and policy to spur growth in the multibillion dollar digital economy.

He said the bank had been at the forefront of the digitisation agenda for close to two decades now.

He said it started with the passage of the Payment Systems Act 2003 (Act 662), which provided the legal and regulatory basis for the introduction of technology in the banking industry, followed by the implementation of a real time gross settlement system – the Ghana Interbank Settlement (GIS) system.

He said the establishment of the Ghana Interbank Payment and Settlement Systems Limited (GhIPSS) in 2007 significantly transformed the payment system and that was augmented by the introduction of the Branchless Banking Guidelines (BBG) in 2008, which provided the regulatory support for mobile money through telecommunications companies.

The Governor said the Electronic Money issuers and Agents Guideline in 2015, helped to address some regulatory challenges, boosted the adoption of the mobile money concept and gave birth to a boom in the financial technology businesses.

Those, he said, set the stage for the introduction of the eCedi to further deepen the financial intermediation and boost the digital ecosystem.

Dr Addison assured that “while working to safeguard macroeconomic stability, the bank will continue to work with partners in the private sector and other relevant institutions to strengthen the payment ecosystem to support the financial inclusion and digitisation.”