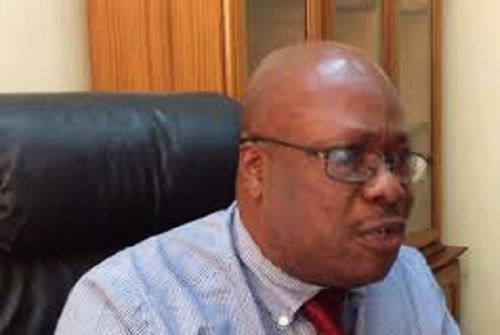 The new deal is an addition to two existing tolling arrangements that allowed CPC to process a total of 17,500mt of cocoa beans per annum in exchange for cash.

Thus, this brings to 42,500mt of cocoa beans the total amount of cocoa that CPC will process for CTPC on annual basis between 2015 and 2020.

Payments for the beans processed will be done on monthly basis and the revenue used to keep the company afloat, the Public Relations Manager of CPC, Mr Ekow Rhule, told the Daily Graphic on Tuesday.

“The arrangement means that the equipment of the company, which has been lying idle due to lack of beans to process, will now be put to good use,” Mr Rhule explained.

“With these arrangements, the future is bright, especially now that we have succeeded in making them incremental.

“It is also a major boost for us because over the past three years, we, on our own, have not even processed 12,000mt of beans in a year before,” he added.

In the 2015 financial year, CPC processed 887mt of cocoa, down from the 5,260mt of beans processed a year earlier.

The Public Affairs Manager of the Ghana Cocoa Board (COCOBOD), Mr Noah Amenyah, said the board was delighted with the current arrangement, given that it would make good use of CPC’s factories and workforce.

He said the move was initiated by the Managing Director of CPC, Nana Oduro Owusu, and supported by COCOBOD and the government.

As a result, he said the board had resolved to make available the required amount of beans to help ensure that the company maximised the potential of the new deal.

“This is something that COCOBOD as a shareholder and the government supported because we know that it has a positive impact on their financial standing. For us at the board, it also means that payment for the required amount of beans is guaranteed,” he added.

Currently, the two factories of CPC, which have a combined installed capacity of about 64,500mt per annum, are virtually idle as the company is unable to purchase beans from the Ghana Cocoa Board to process.

Despite not being able to process the beans, CPC still incurs fixed costs on the equipment as well as pay wages to the staff that operate the equipment. These fixed costs weigh heavily on the balance sheet while complicating the indebtedness of the company.

However, with the current tolling arrangements, the company’s Public Relations Manager said those challenges would now be resolved and its revenue base boosted.

In the 2015 financial statement, the company’s net losses improved to US$5.3 million compared to US$9.7 million a year ago.

CPC’s fortunes have been on a nosedive since 2009, when it recorded a GH¢16.9 million loss. The loss was triggered by a combination of factors, including dampened demand for its products, rising finance costs on loans procured in the early 2000s and domestic and external economic challenges.