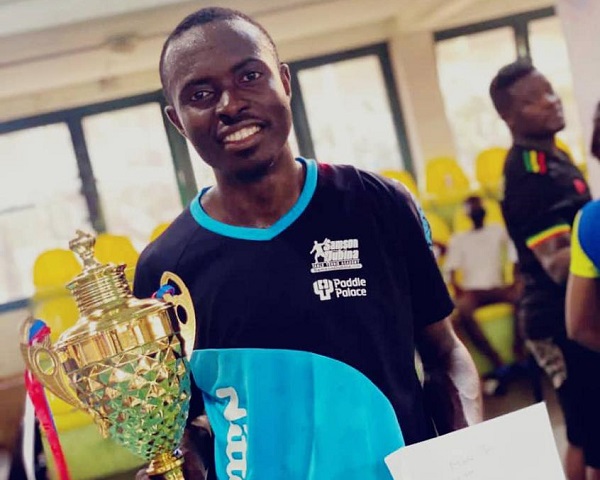 In a thrilling and nerve racking final, favourite Lartey, who had thrashed national champion Emmanuel Commey 3-0 in the preliminary round, allowed Abefa to fight back from a 1-2 set deficit to win 3-2 with a master class performance that silenced his opponent's supporters.

Abrefa claimed the winner's trophy in addition to a prize money of GH¢1,500 and the title of Grandmasters champion.

Lartey received GH¢1,200 as the runner-up while Bernard Joe Sam and Emmanuel Asante took home GH¢700 each for finishing in third and fourth positions, respectively.

The female competition also produced a surprise winner as national top seed Eva Adom Amankwaa watched her fiercest rival Cynthia Kwabi stage a strong comeback from 2-0 to win the final by 3-2 sets to be crowned the new women's Grandmasters champion.

The Second Vice President of the GTTA, Mr Kwaku Frimpong , noted that the year 2021 had been a wonderful year for table tennis as the third most played sport in the country, with Ghanaian players showing a lot of promise.

"We have organised competition after competition, participated in world and African competitions and excelled at our talent hunting project," he stated.

He called for more support to make table tennis grow and become an avenue to create revenue for the state while providing jobs for the teeming unemployed youth in the country.