VIDEO: Joshua Clottey reveals how he invested his millions 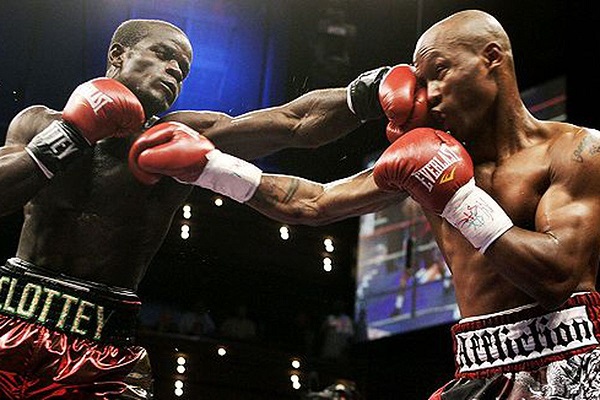 Former IBF welterweight champion Joshua Clottey has shed light on how he invested the money he made as a professional boxer.

According to Clottey, his biggest paydays totalling close to two million dollars came in successive losses decades ago against Miguel Cotto and Manny Pacquiao.

Clottey told GraphicOnline that he resisted the urge to spend recklessly and invested in real estate from which he now makes a living.

Pacquiao loss was not because of banku and okro stew - Clottey

The 44-year-old said he now owns several rental properties at Weija and East Legon and was still living comfortably because of his earnings from such ventures.

"Whatever you make from fighting, you have to be very wise like me," Clottey said in an interview.

"I fought Cotto and was robbed and had a bad fight against Pacquiao but when I came to Ghana, I had to do something with the money and up to now, I'm still hitting. That's my car," Clottey said.

The former IBF champion also advised all sportsmen to acquire houses when they begin to make money professionally.

"Even if it is a one-bedroom, It is yours and you can be there and the good thing about the money is how you handle it".

The Grand Master said he was still mulling an investment in boxing because many of the upcoming boxers were more interested in womanising than winning world titles.