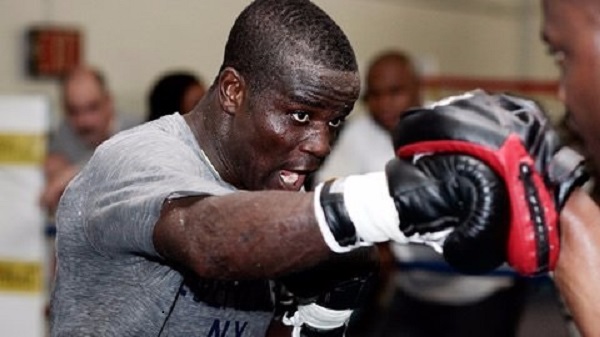 Former IBF welterweight champion, Joshua Clottey, has advised compatriot Richard Commey to look for a beatable candidate in his next fight scheduled for May in order to obtain a respectable position in the IBF and WBO rankings.

He maintained that getting easy opponents and recording knockouts against them would afford him the opportunity to inch closer to the world title again.

Clottey, who okayed Commey’s early return after his disastrous loss to Ukrainian Vasyl Lomachenko, believed such a move would make Commey a real boxer.

“I think Commey has made a good decision to move on and fight early in May. He should look for a boxer he can be comfortable with or else he will suffer a relapse,” he told Graphic Sports in an exclusive interview in Accra last Thursday.

Clottey (41-5-0), who appear to call time on his career, tasked the former IBF champion to follow the example of former WBO super bantamweight champion, Isaac Dogboe, who has won all his fights after his world title loss to Emanuel Navarrate.

“He should look at Isaac Dogboe and study how he has carefully fought fighters whom he can beat and also go for such boxers to forestall another setback to his career,” he explained.

Clottey also urged Commey, 34 (30-4-0), not to feel downhearted about his loss to Lomachenko but rather learn lessons from it to become a better boxer.
“Boxing has its own ups and downs, and he (Commey) must learn to live with some defeats and come back a much better person,” Clottey stated.