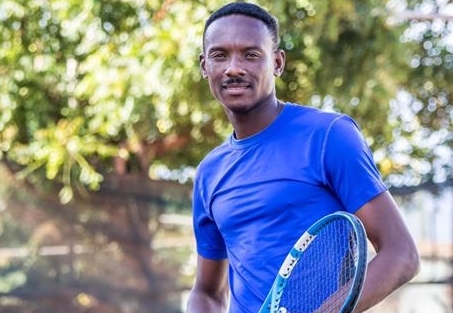 Favourite Asamoah Gyan crumbled to the dictates of Felix Kabutey as he lost 6-1, 6-4 in the finale of the Accra Seniors Tennis Open championship on Sunday.

Gyan who had become the man to beat on the clay court following his sterling performances in the tournament, including his victory in the semi final, could not sustain that when it mattered most.

The 35-year-old former Black Stars skipper defied his fatigued legs after playing for his premier league club, Legon Cities, last Friday and quickly dashed into the court late in the night for his semi final game which he won convincingly but was unable to match Kabutey from the Army Mess Tennis Club (AMTEC) last Sunday.

The AMTEC skipper showed class from the start with Gyan unable to return some of his powerful serves which allowing Kabutey to cruise to victory in grand style.

Ismaila Lamptey teamed up with Bernard Nii Bortey to beat Baly Sarassoro and Felix Kabutey 3-6, 6-3, 10-6 in the men's double while Faustina Tagoe and Augustina Yamack beat Cathy Morton and Shevon Myers 6-2, 6-1 in the 40 plus category.