FEATURE: Time to go for the world title, Joshua Buatsi

It was tough as expected but the final result reflected how far Ghana-born Briton Joshua Buatsi had come since he took up boxing at age 17.

Buatsi had laboured for a unanimous decision win over nemesis Craig Richards in a WBA light heavyweight title eliminator at the O2 Arena in London last Saturday.

It was that kind of victory that did not only settle the scores for Buatsi but proved his worth in a very tough division such as the light heavyweight.

Buatsi is ready to challenge for the WBA belt being held by Russia’s Dmitry Bivol – the second fighter to have beaten Saul ‘Canelo’ Alvarez after the retired Floyd Mayweather.

That is not going to be an easy task for Buatsi. Bivol remains one of the best light heavyweights in the world with unified WBC and IBF champion Artur Beterbiev.

The Ghanaian-British must take his chance when it comes but the fight could be delayed if Canelo decides to activate a rematch clause against Bivol.

I doubt if Canelo would take that chance again against Bivol after the punishment he received from the first defeat to the Russian.

Whatever happens, Buatsi must be ready to give his all against Bivol in a bout which could take place by the end of the year. 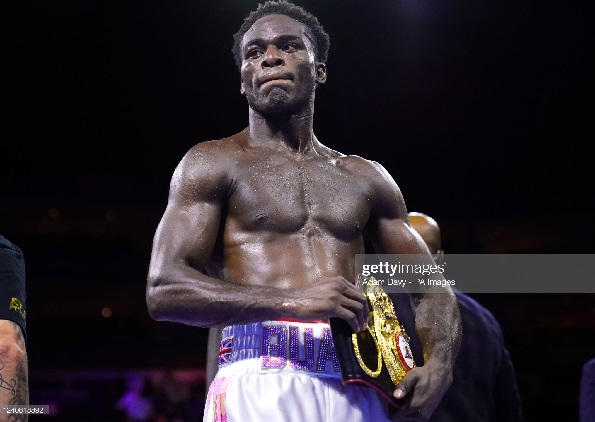 Buatsi began his boxing career at the South Norwood and Victory Club in London having resided in Thornton Heath in South London.

In 2014 and 2015, he won two gold medals at the English National Championship and represented Great Britain at the 2016 Olympic Games in Rio de Janiero where he won bronze.

Buatsi turned professional in 2017 after the Olympics in 2016 and in July 2017, he made his pro debut at age 24 when he stopped Carlos Mena in two rounds at the O2 Arena.

The Ghanaian-British fighter challenged and won the WBA International light-heavyweight title a year later after beating Andrejs Pokumeiko after six bouts as a professional.

In 2018, Buatsi chalked a milestone in his young career when he stopped Marco Antonio Periban on his United States (US) debut to win the WBA International title.

Since then, he has made seven defences of the belt and now that he is a fight away from realising his dream of becoming a champion, he could only be proud of what he has achieved.

My first meeting with Buatsi eight months ago in Accra thought me how ambitious and competitive the fighter was and how he intends achieving his targets.

Born in Tema, Buatsi’s successes in the sport does not only credit his adopted country Britain but touts Ghana’s boxing credentials to the world.

It is my hope that he becomes a world champion by the end of the year but Buatsi must put up a masterclass to snatch the WBA title from Bivol.

Both fighters are undefeated in their pro careers and Buatsi must prove to the Russian that he needs the title more should the fight take place.

I know he has what it takes to stun Bivol after teaming up with legendary American trainer Virgil Hunter a year ago in his bid to become a champion.

Hunter is well-known in the fistic sport having trained legendary former American boxer Andre Ward --- who held multiple world titles at middleweight and light-heavyweight from 2004 to 2017 before retiring undefeated.

It is just a matter of time for Buatsi to get hold of the world title and his age, 29, indicates that he is in his prime to take on the world which obviously starts with Bivol.

The rest could only be history if the world championship is bagged. 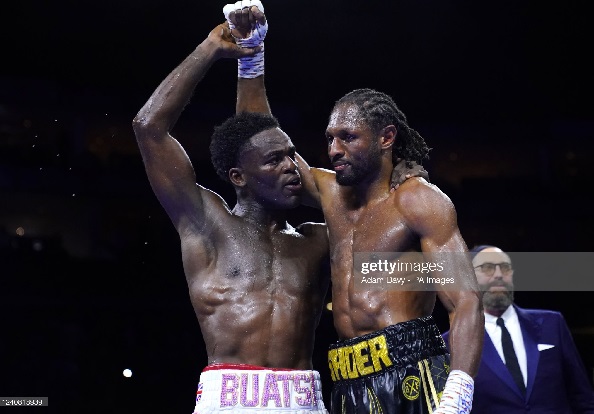