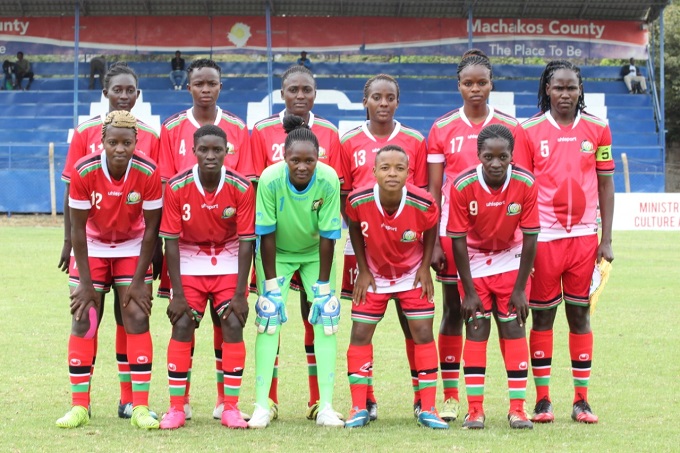 Nineteen more teams will be seeking to join Nigeria and Kenya as the second round of the qualifiers of the 2022 Africa Women’s Cup of Nations (AWCON) get underway on October 26.

Over the weekend, the Super Falcons and Harambee Starlets advanced to the second round to be played early next year to select the 11 teams to join hosts, Morocco for the 2022 tournament.

Last Sunday, Nigeria advanced 2-1 on aggregate against Ghana’s Black Queens having won the first leg at home in Lagos but lost the return leg 0-1 at the Accra Stadium last Sunday.

The Harambee Starlets maintained their high-scoring form against South Sudan, beating them 7-1 in the game the South Sudanese played in Nairobi in their home away from home encounter, due to security concerns in their region.

Earlier at the same venue, the Kenyans had won 8-0 in the first leg played last Tuesday.

A brace each from Jereko Adam (37th, 45th) and Jentrix Shkangwa (67th, 73rd), as well as goals from Janet Bundi (45th), Lydia Akoth (88th) and Neddy Okoh Atieno who scored in injury time, handed the Kenyans the emphatic win.

Midfielder Amy Lasu Lasu scored the consolation for her side on the 81st minute.

On October 26, teams like 2018 AWCON silver medalists, South Africa, Cameroun, Cote d’Ivoire, Tunisia, and Senegal who all won their first leg games, would be out to secure their qualification into the second round.

Winners of this second leg tie will progress to the final round of the qualifiers to be played between February 14–23, 2022 which will select the 11 teams to join hosts Morocco.

The AWCON participating teams have been increased from eight in the previous tournaments to 12, as the Confederation of African Football (CAF) seeks to further develop the women’s game, as well as bring the tournament in sync with the increased slots for the Women’s World Cup for Africa from three to four automatic slots for the 2023 WWC.