Partey will get better with time - Rajevac 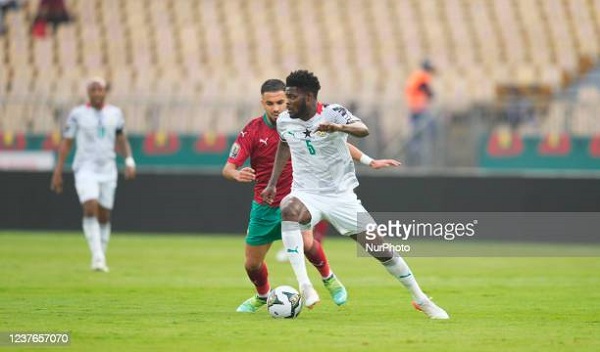 The Ghana coach said he was convinced that the England-based player would prove his worth against Gabon in today’s game and in the subsequent matches to make him the best player of the tournament.

Partey struggled to contain the Moroccan midfield during their clash at the Stade Ahmadou Ahidjo Stadium in Yaoundé when the Black Stars lost by a lone goal to the Atlas Lions.

“Thomas Partey maybe this match [against Morocco] didn’t play to his level. But in the next matches, he’ll prove that he is a top player,” Coach Milo gave an assurance at yesterday’s pre-match conference.

“I have faith in him to deliver in subsequent matches and to go on to become the best player of the tournament,” he insisted.

Pressure
However, Coach Rajevac said he was used to the pressure to deliver a win against Gabon to kick-start his side’s campaign.

“It is natural that the pressure will mount on a coach when he loses a match so I expected it and I am used to it.

“The team have trained well and are in the right shape to deliver a win against their opponents and I am confident of a victory today,” he revealed.


Ghana will rely on the likes of Partey, skipper Andre Ayew, Jordan Ayew, Joseph Paintsil, Kamal Deen Sulemana, Mubarak Wakaso and the others as they look for their first win at the continental competition tonight.