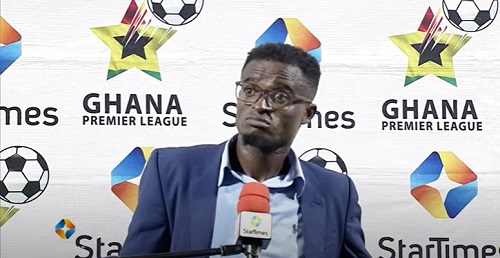 Accra Great Olympics have been slapped with a GH₵3000 fine by the Disciplinary Committee of the Ghana Football Association for the breach of COVID-19 protocol.

In addition, the club has been warned of severe sanctions should they misconduct themselves for the second time.

The club which pleaded not guilty to the charge acknowledged the breach in the COVID-19 protocol but argued that they could not be held liable for that.

“The   club   acknowledged that   the   protocols   were breached but denied culpability.   They   argued that responsibility for maintaining   security and orderliness had been passed to the GFA/Regional Authority based on a re-categorisation by the GFA”.

But the Disciplinary Committee disagreed and believed maintaining security at the stadium was always the responsibility of the home team, hence Olympics could not be exonerated.

“The Disciplinary Committee disagrees and finds, to the contrary, that security   always   remains primary responsibility of the home team regardless of match category.”

Meanwhile Coach Ignatius Osei-Fosu of Techiman Eleven Wonders has also been cautioned by the Disciplinary Committee and warned of stiffer sanctions should he breach the GFA Premier League regulations.

The coach was said to have made some comments against referee Charles Bulu which the committee considered as “offensive and ungentlemanly” and will suffer severe sanctions should he repeat that again.