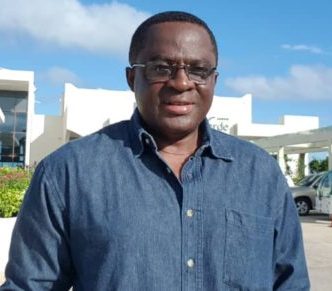 THE Ghana Olympic Committee (GOC) president, Mr Ben Nunoo Mensah, says his determination to see the growth of sports in the country, coupled with the unflinching support from many federation heads, are the main motivation behind his bid for a second term in office.

The country's Olympic movement heads for an elective congress on March 15, with 35 contestants submitting forms to contest 19 positions, including that of the president, which has the incumbent going against the organisation's General Secretary, Mr Richard Akpokavie.

Mr Nunoo Mensah says when re-elected, he would strive to unite the sporting front to ensure all-round development of the various disciplines to give Ghana its largest ever medal haul at the African Games in Ghana.

"Sports is my passion. When I say this I am not just talking. You can see what I have done over the past four years. I was elected with nothing in the coffers of the GOC and with federations that were struggling, but the tables have turned now and the federations are growing from strength to strength," Mr Nunoo Mensah told the Daily Graphic.

As head of the weightlifting federation during whose tenure the sport experienced rapid growth, the GOC president said he believed the achievements chalked up under his leadership over the last four years in office provided enough basis for the delegates to renew his mandate to take the GOC to dizzy heights.

"We have achieved a lot over the past few years and with me at the helm of affairs we shall achieve more. I need four years to do more," he added.

He expressed his gratitude to heads of the national sports federations and other members of the GOC fraternity for their support, with a pledge to work closely with them to achieve more if re-elected.

"I will continue my robust support for the least financed sporting disciplines and fight for the rights of athletes and their coaches," he stated.