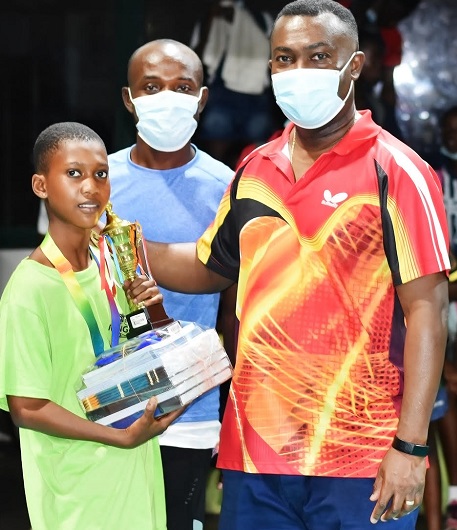 She went home with an undisclosed cash prize, table tennis equipment, a mathematical set, dictionary and a certificate of participation.

Olympic Games ambition
In an interview with the media, Juanita declared her ambition to become a world champion and also represent Ghana at the Olympic Games.

Other winners of the competition included Moses Yeboah of the Rising Star Table Tennis Club, who won bronze in the Junior Category (U-19) and his teammate, Gloria Koomson, who placed third in the cadet (U-15) category.

Mr Enock Otu, the coach of the Rising Star Club, in an interview after the competition said, "I thank God for bringing us this far. We won three medals out of six–one gold, one silver and a bronze.

"I was so impressed with the performance of my players. I wish to thank my club managers, Regan Bortey and Albert Amoah for supporting the club.

“I also wish to thank the MP of the Krowor Constituency, Madam Agnes Naa Momo Lartey, for her immense contribution to table tennis in the community," he noted.

The tournament saw over 200 player across the country competing in the Juniors (U-19), Cadet (U-15) and MiniCadet (U-11) categories in both male and female divisions.