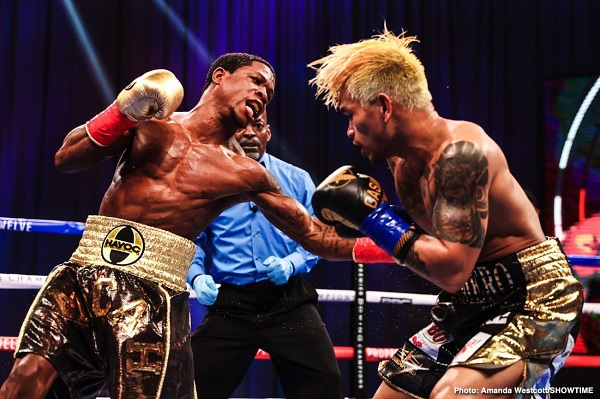 “He took a foolish gamble, in such situations, it is really dicey and your chances of winning are very slim,” he told the Graphic Sports newspaper in an exclusive interview in Accra last Thursday.

He maintained that the management of Micah should not have gone in for the fight when they knew their charge was outside the top 10 ranking on the WBO ranking system.

“He shouldn’t have gone for this fight. He is outside the top 10; he should have fought the first to the fourth contender first,” he explained.

Micah missed out on a chance to become a world champion after suffering a third round TKO defeat to Filipino titlist, Casimero, in a WBO bantamweight world title fight.

Many were shocked by the sudden defeat of the previously undefeated Ghanaian who had fought 24 times professionally with no loss until this third round knockout against the hard-hitting title holder.

Micah, 29, who is also domiciled in the United States, is trained by legendary boxing trainer, Andre Rozier.

The nation’s first international boxing ring official, however, said the boxer could not be entirely blamed for his abysmal performance.

“It was just like in 1982 when Azumah Nelson took the gamble to fight Salvador Sanchez at the Madison Square Garden and lost via a 15th round technical knockout in their featherweight encounter. But Azumah came back stronger and became a world champion,” he recalled.

Mr Pappoe believed Micah would also come back stronger because that defeat was an experience.

He challenged the James Town native to continue fighting and never rest on his oars.

“[Micah] He must continue fighting and seek for more bouts to boost his ego and morale. He would be a world champion one day.”