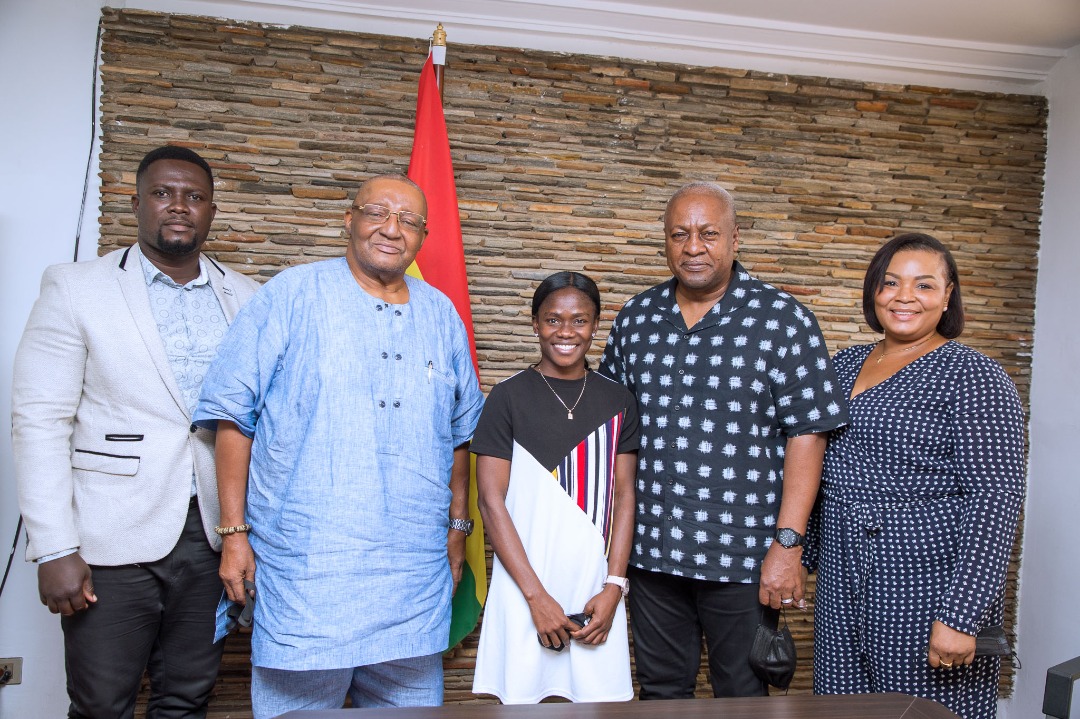 Former President John Dramani Mahama has called on the Ghana Athletics Association (GAA) to immediately resolve its issues with middle distance athlete Martha Bissah to enable her to compete for the country again after being placed on ice for nearly six years.

He said as an athlete with enormous potential, it was important that impediments were not put in the way of Bissah for her to put her talent at the disposal of the country and it was his wish that her suspension by the sport's governing body was immediately lifted.

The former President, who hosted the 2014 Youth Olympic gold medallist at his residence in Accra last Wednesday, expressed his regret that a GH¢10,000 reward he presented to Bissah for her exploits at the Youth Olympics in Nanjing become a contentious issue between the athlete and the GAA as a result of which the 23-year-old had been sidelined despite making waves for Norfold State University in the American collegiate athletics circuit.

He confirmed that the GH¢10,000 he presented to Bissah at the Jubilee House seven years ago was a personal donation to her for carrying high the flag of Ghana at the competition.

Former President Mahama congratulated the athlete on winning Ghana’s first Olympic gold medal and expressed the hope that she would win more gold medals for Ghana in future.

Bissah, who was accompanied by a former national athlete, Madam Phyllis Engmann, and a former GAA chairman, Mr George Haldane-Lutterodt, said the visit was to show her gratitude to the former President for the reward and his support for her.

The US-based athlete also expressed her appreciation for efforts being made to resolve the standoff between her and the GAA to enable her to compete again for Ghana.

It would be recalled the GAA suspended Bissah in 2015 after the athletics governing body alleged that the athlete had brought the association into disrepute over claims of extortion she allegedly made against then GAA president, Professor Francis Dodoo.

Since then, many attempts by stakeholders in sports to resolve the impasses have been unsuccessful.