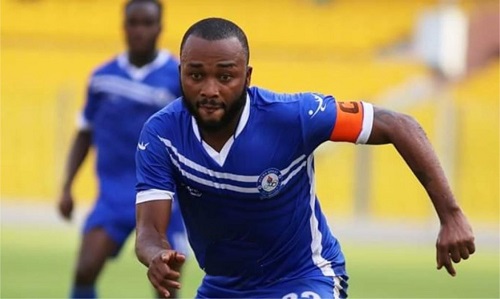 Ex Black Stars skipper, Asamoah Gyan, could be watching from the stands for the second as Legon Cities take on Accra Great Olympics at the Accra Sports Stadium today at 6pm.

Gyan who signed for the local signed after terminating his contract with his Indian club, NorthEast United is expected to play for the club after three league matches.

Last weekend, Legon Cities manage to draw 1-1 with Berekum Chelsea at the same venue when they host the ‘Blues’ in their season opener.

The ‘Royals’ considered to be one of the most flamboyant football clubs in the country recruited some of the top stars during the transfer window including Baba Mahama and wonderkid, Matthew Cudjoe who are all determined to cause an upset and bag the maximum points in this local derby.

They would be counting on the technical acumen of their 51-year-old Bosnia and Herzegovina coach, Goran Barjaktarević, to deliver victory.

Olympics, seem the underdogs in this encounter but have started this season on a good note hoping to continue from their impressive run against Medeama SC to grab their first maximum points in the league.

Gladson Awako, one of the talismans in the Olympics team and with several years of experience having played on the continent and in America, could bring that experience to bear to ensure they silence the visitors.

After bravely fighting to a 1-1 draw game with Asante Kotoko, Eleven Wonders will host Ebusua Dwarfs at the Nana Ameyaw Park later today.