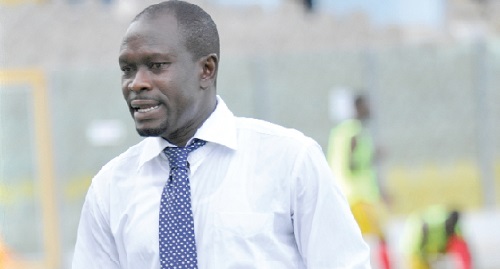 A former Black Stars player, Yussif Chibsah, has admonished the management of the Ghana Football Association (GFA) to extricate themselves when it comes to taking technical decisions for the Black Stars.

He said recent allegations of interference in the work of Coach Charles Kwablan Akonnor, if true, should not be countenanced, as it was tantamount to total disrespect to the Black Stars gaffer.

"If it's true the FA are not respecting C.K. [Akonnor] enough but then the issue here concerns two people and obviously the FA will not agree that they are interfering in his job," Chibsah told the Graphic Sports last Friday.

During his playing days, Chibsah made 13 appearances for the black Stars and captained the Black Meteors at the 2004 Olympic Games in Athens. He admitted that the issue of interference by the FA officials in technical matters of national team, particularly with regard to the selection of players, was not a recent phenomenon although it was not as rife and rampant as it is being reported lately.

''During our time, we didn't see much of such rumours or news though you can also not rule out the fact that it wasn't there completely but it wasn't like today. Today it's very obvious people are complaining about interference and things like that, but then no coach will accept interference above a certain limit," he stated.

He said appraising a coach's performance by his employers was not a bad thing, but when the employers cross the line by trying to decide what a coach must do, that is unacceptable because coach's job should not be interfered with.

''There should be limit to everything. Once a while, so far as you have employers, they will like to appraise your work and appraisals are in different forms. The most important thing is that the coach should be given the free will to do his job then afterwards you can judge him," advised Chibsah, who is the Head of Player Relations at the Professional Footballers Association of Ghana (PFAG).

Even though he wouldn't advise the 47-year-old Akonnor to quit his job, he said as an experienced former footballer, Coach Akonnor knew what to do under such circumstances, if he felt somebody was unnecessarily interfering in his job.

"C.K. is an experienced ex-footballer, he's been in the business for some time now so he knows what's good, he doesn’t need anybody to advise him on what to do, if really the interference is going on," Chibsah opined.