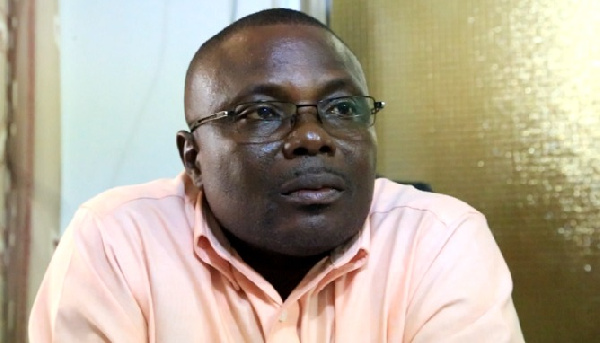 An international sports consultant and CEO of Closemarking Consult, Ashford Tettey Oku, has advised the Ghana Football Association (GFA) not to be distracted by any antics of the South African Football Association (SAFA) to secure an unwarranted replay in their World Cup qualifying match.

''For me, the matter is closed but if SAFA decides to appeal then that’s another matter. But the FA must stay focused because the decision is that we have qualified and they must prepare for the playoff,'' Mr Oku told Graphic Sports in an exclusive interview last Saturday.

He therefore charged the FA to immediately turn their attention towards preparation for the World Cup playoff and not be bothered even if SAFA decides to seek justice from the Court of Arbitration for Sport (CAS) after FIFA dismissed its protest against Ghana.

His advice followed last Friday’s decision by FIFA to dismiss SAFA's protest against Ghana for match manipulation and bribery during their final group game of the 2022 World Cup qualifiers against the Black Stars which ended 1-0 in favour of the Ghanaians at the Cape Coast Stadium on November 14.

While urging SAFA to shelve any ambition to pursue the case at CAS, the former Premier League Board (PLB) chairman was of the view that any decision contrary to what was delivered would be a travesty of justice and a blot on the image of FIFA.

''As far as I’m concerned, any other decision apart from what was delivered by FIFA last week would be scandalous,''

Even though he was yet to apprise himself with the details of the ruling, Mr Oku explained that the verdict was delivered based on two main regulations by FIFA which clearly state the grounds on which a protest was admissible, adding that the SAFA's protest did not meet those requirements.

Buttressing his argument with Clause 46 (4) which deals with admissibility of protests, plus other articles in the FIFA Statutes, the vice chairman of the GFA Player Status Committee explained that SAFA’s claims could not stand the test of time with regard to the rules of FIFA, hence the decision to dismiss it.

The man, whose outfit has arbitrated and won many high-profile cases for Ghanaian players and clubs at FIFA and CAS was of the view that despite the fact that CAS had overturned some FIFA decisions in the past, SAFA's case was dead on arrival and pushing it further would amount to a complete waste of their own time.

He maintained that the grounds on which SAFA protested was not grounded on any of the regulations required by the world governing body for  World Cup qualifiers infraction that could provoke FIFA to order a replay which included ineligibility of a player and the poor nature of a pitch.

''They (SAFA) didn’t have a case at all. Here, the decision was simple and that is why FIFA said the case was inadmissible. Inadmissible because the article under which FIFA was determining the matter had given about five conditions by which a World Cup protest of a preliminary match must fulfill,” he explained.

On the issue of refereeing error, he stated that it was not something that FIFA considers during such protests because errors are bound to happen but the only thing FIFA could do is to correct the error and, at best, sanction the referee, but that cannot be used as a basis to give an order for a replay.